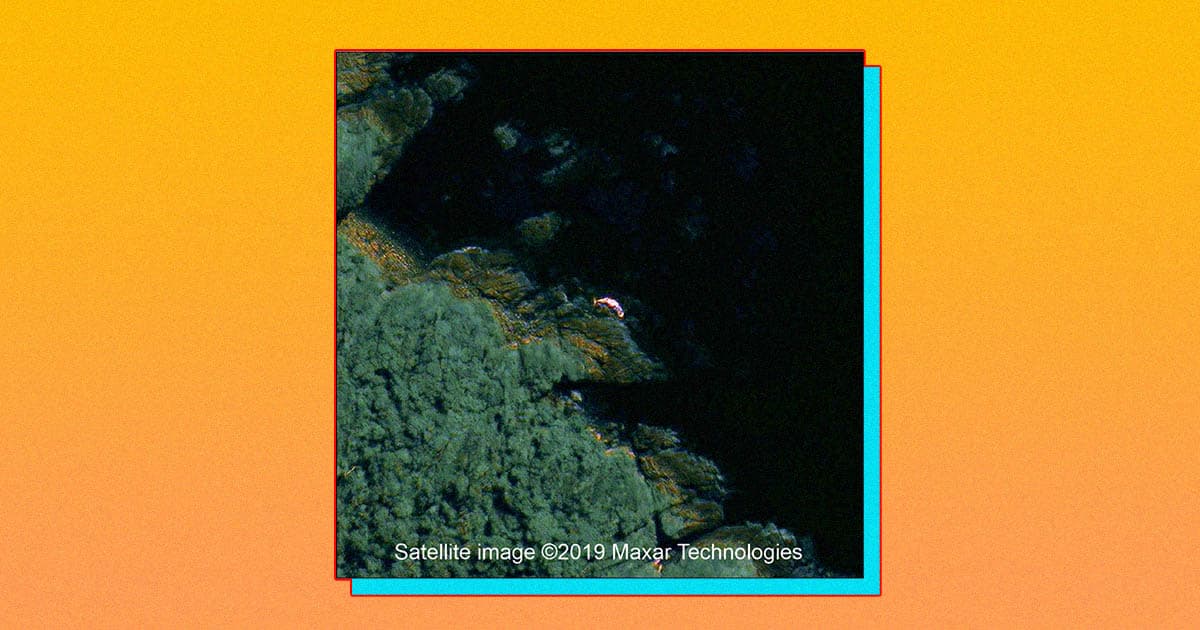 Every year, hundreds of whales turn up on the Earth's coastlines. And while they're often already dead by the time they hit the beach, it's important for conservationists to detect stranding events as quickly as possible, since they can signal problems in the environment, such as harmful water contamination or algal blooms.

Now, a team of scientists has published a study showing how satellite images can be used to detect stranded whales — a potential new way to identify strandings in real-time.

In the study, published in the journal PLoS ONE on Thursday, scientists from British Antarctic Survey and four Chilean research institutes detail their development of a new technique for analyzing very high resolution satellite images for signs of stranded whales.

They tested their technique using satellite images of the site of a 2015 mass stranding off the coast of Chile involving more than 300 whales. They determined that they were able to count more whales using their satellite analysis technique than experts were able to detect through aerial and boat surveys.

"As this new technology develops, we hope it will become a useful tool for obtaining real-time information," researcher Jennifer Jackson said in a press release. "This will allow local authorities to intervene earlier and possibly help with conservation efforts."

Death From Above
Autonomous Drones Are Dropping Rat Poison Bombs on This Island
1. 24. 19
Read More
Whales and Sharks Are the New Victims of Our Plastic Waste, Study Finds
2. 5. 18
Read More
Synthetic Rhino Horns Are Being Created to Flood Markets and Eradicate Poaching
12. 26. 17
Read More
+Social+Newsletter
TopicsAbout UsContact Us
Copyright ©, Camden Media Inc All Rights Reserved. See our User Agreement, Privacy Policy and Data Use Policy. The material on this site may not be reproduced, distributed, transmitted, cached or otherwise used, except with prior written permission of Futurism. Articles may contain affiliate links which enable us to share in the revenue of any purchases made.
Fonts by Typekit and Monotype.