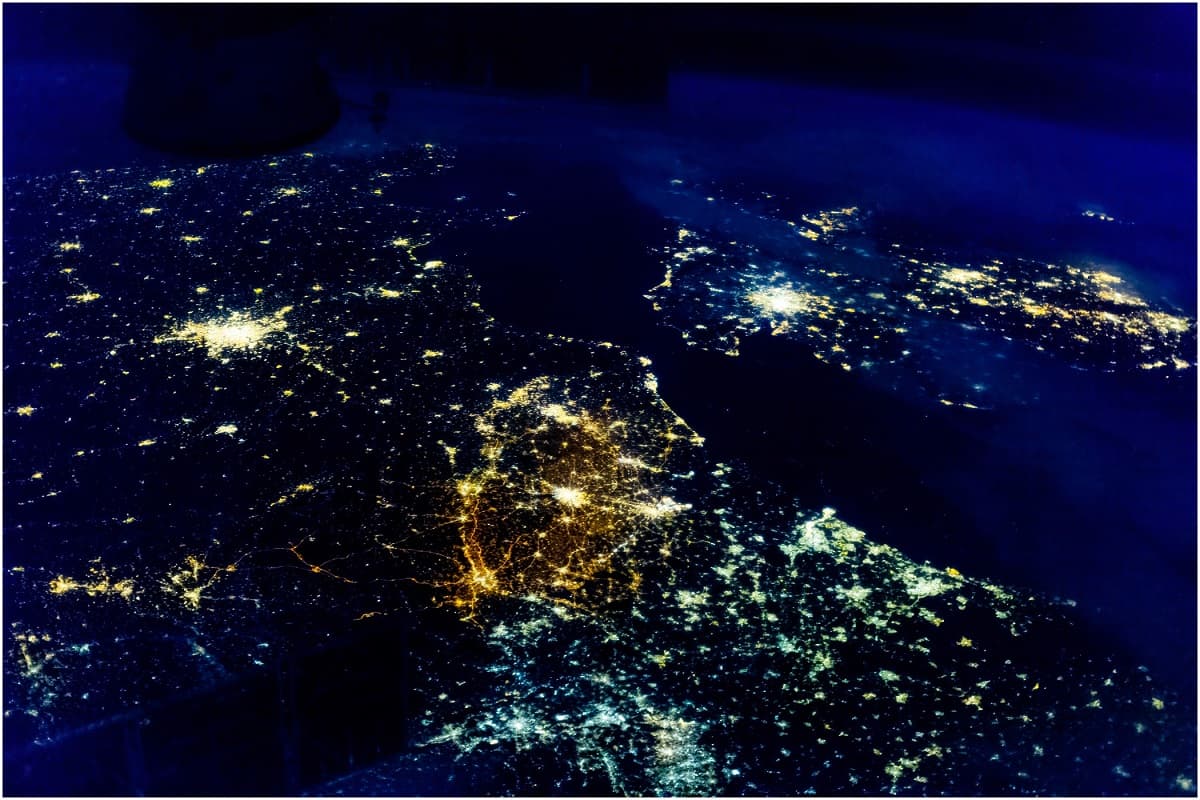 Scientists Have Bad News About All These Energy Efficient LEDs

"This trend is widely increasing the risk of harmful effects to ecosystems."

"This trend is widely increasing the risk of harmful effects to ecosystems."

We’ve all heard of the woes of blue light: don’t look at your phone or computer before going to bed, because it’ll make it harder for you to sleep. And according to a new study published Wednesday in Science Advances, that problem may extend beyond your personal beauty sleep to a much larger, environmental scale.

Studying the spectral composition of the continent's lighting using images captured from the International Space Station, the researchers found that the more energy efficient and higher visibility LED lights are rapidly replacing the old school sodium lights for outdoor use in Europe, bringing with them some unintended but drastic consequences.

Focusing on the suppression of melatonin — the hormone that regulates sleep cycles — star visibility, and insects' response to light, the researchers found that all categories were negatively affected. The level of melatonin suppression in humans has gone up since 2013, stars are less visible, and the insects' response to light was unnaturally altered.

"This trend is widely increasing the risk of harmful effects to ecosystems," the researchers state.

Indeed, blue light is widely suspected to suppress the body’s production of melatonin. And with it spilling all across the landscape, it’s not hard to imagine why that may have adverse effects for humans as well as animals, or in the study’s words, "substantial biological impacts."

But what of LED’s supposed benefits? Are they worth drenching the night in a clinical white? The researchers don’t think so.

"The benefits that LED technology may provide for public lighting, and particularly street lighting, have been much vaunted," they state, noting that claims of superior energy efficiency over the already fairly efficient sodium lights are "quite context specific," citing multiple studies.

Sounds like sticking with yellower, warmer lights would be better to illuminate the night without disrupting the local environment. Whether that means sticking with older sodium lights or just switching to warmer LEDs, we'll have to wait and see.

Energy-Saving LED Light Bulbs Are Contributing to Light Pollution
11. 26. 17
Read More
Night-Time Pollution Shortens Winter, Brings Spring Early
7. 1. 16
Read More
The Missing Night Sky: What Light Pollution is Keeping from Us?
6. 27. 16
Read More
+Social+Newsletter
TopicsAbout UsContact Us
Copyright ©, Camden Media Inc All Rights Reserved. See our User Agreement, Privacy Policy and Data Use Policy. The material on this site may not be reproduced, distributed, transmitted, cached or otherwise used, except with prior written permission of Futurism. Articles may contain affiliate links which enable us to share in the revenue of any purchases made.
Fonts by Typekit and Monotype.