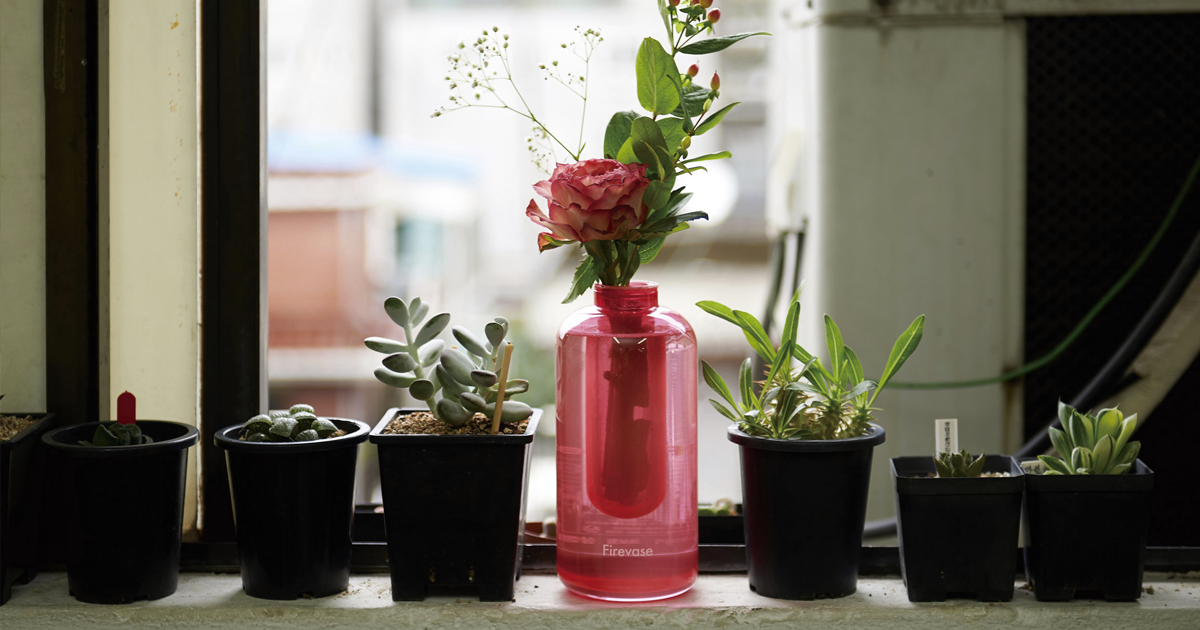 Samsung Made a Flower Vase That’s a Throwable Fire Extinguisher

The Firevase is like a grenade that smothers fires.

The Firevase is like a grenade that smothers fires.

In September, Samsung subsidiary Cheil Worldwide launched a campaign for the Firevase, a flower vase designed to put out fires when you throw it at them like a grenade.

Chiel produced 100,000 Firevases, which Samsung Fire & Marine Insurance distributed across South Korea. Now the pair are doubling down on the fire safety campaign, producing an additional 200,000 of their multipurpose vases — a powerful, if whimsical, example of how a bit of ingenuity can save lives.

At first glance, the Firevase doesn't look much different from any other vase, but it actually contains two chambers.

The inner chamber serves the standard vase purpose — it's where you'd put your flowers and any water for them.

The outer chamber, however, is filled with potassium carbonate, a chemical that acts as an oxygen suppressant. The idea is that a person can whip the Firevase at a fire, and when it breaks open, it'll releases this chemical, which effectively extinguishes the blaze.

Of course, a standard fire extinguisher could serve this same purpose, but according to Samsung Fire & Marine Insurance's research, 58 percent of households in South Korea didn't have one of the devices as of 2017.

"Even if people do have one, they usually don't take good care of it," the company said, according to Dezeen. "They store it in hard-to-reach places or forget about it completely."

By wrapping a fire extinguish in an aesthetically pleasing package you wouldn't mind leaving out in the open, Samsung and Cheil are doing their part to keep Koreans safe — and it's not hard to imagine the clever Firevase catching on worldwide.

More on fire safety: This Fire Extinguishing Ball Will Put out a Small Fire in One Toss