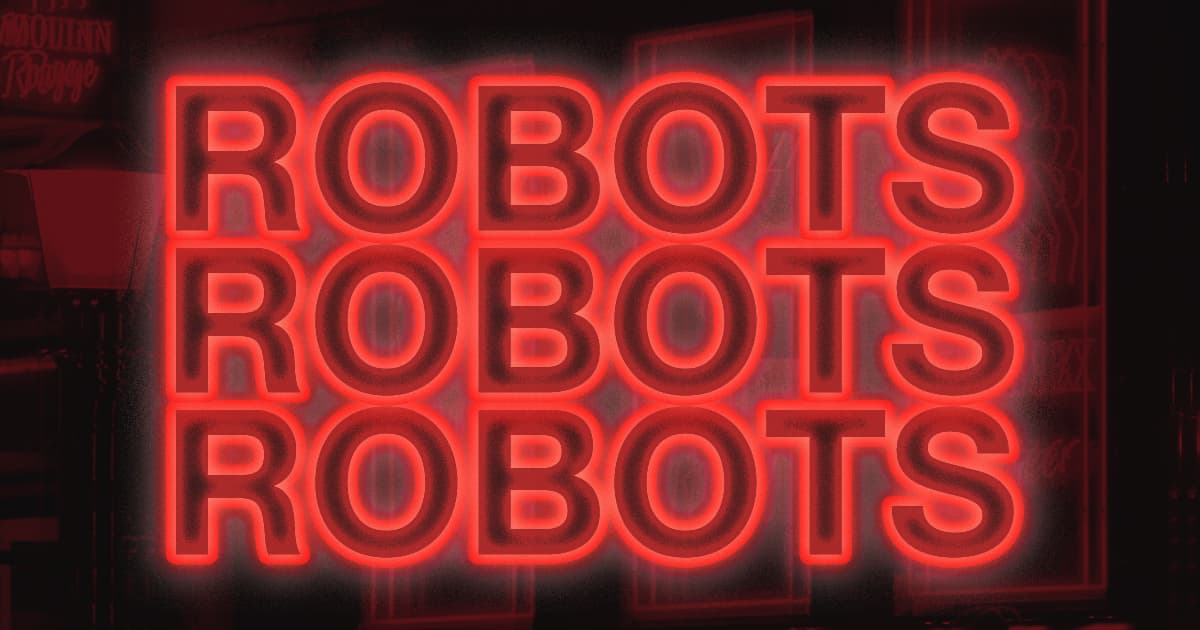 Study: People Are Chill With Robot Brothels — for Singles

But if you're married, expect some serious condemnation.

But if you're married, expect some serious condemnation.

Soon, visiting a sex worker might not be as stigmatized as it is today — as long as you're single and the sex worker is a robot.

Sex robots are becoming more and more lifelike, and one day we could have robot brothels like those imagined in "Westworld." To gauge how the public might react to people visiting such facilities, a team from the University of Helsinki conducted a pair of opinion polls. Based on their research, the public might actually be pretty cool with both men and women visiting robot brothels — so long as they aren't married.

For the first poll, the researchers asked 172 participants to read one of four versions of a short science-fiction story in which the protagonist — a 30-year-old man — visits a brothel in the year 2035. Depending on the version the participant read, the man was either single or married, and the sex worker was either a human — or a sex robot that was indistinguishable from a human.

The researchers did the exact same thing for the second poll, which included 260 participants, only this time the protagonist could be a man or a woman.

Then, they asked all the participants to judge the moral character and actions of the protagonist.

The whole study only included 432 participants in Helsinki, so it's hard to say how the results might reflect the general population's attitude toward sex with robots. However, the study does raise interesting moral questions we'll need to address in the very near future.

Robotics technology and AI are both advancing at a rapid pace, so it's hard to imagine a future in which we can't create something like the brothels of "Westworld." And it's probably a good idea to start sorting out whether or not that's something we're OK with integrating into our society before we're playing catch-up with the tech.

READ MORE: Is Visiting a Robot Brothel Ok? Most People Say Yes, if You Are Single [New Scientist]

More on robot sex: We Have No Idea What Having Sex With Robots Might Do to Us