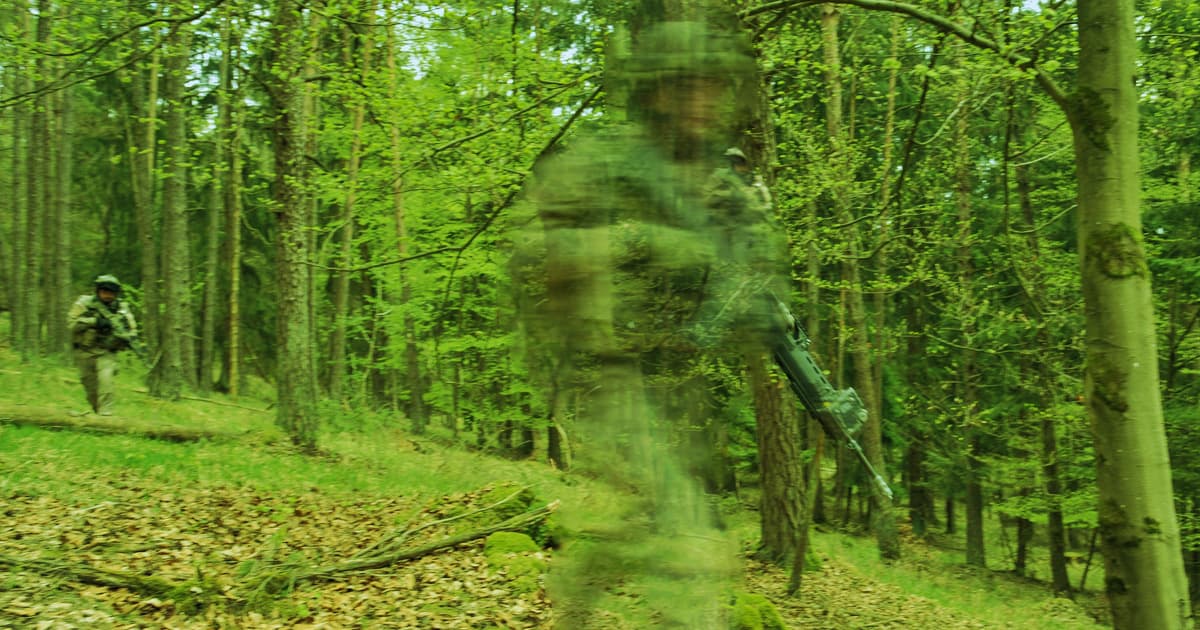 It even works in infrared.

It even works in infrared.

A team of researchers in South Korea are developing an artificial "skin" that could allow soldiers to perfectly blend in with their surroundings. Such a cloak could make them invisible not only to regular cameras, Defense One reports, but infrared-based night vision ones as well.

The skin, as detailed in a new paper published in the journal Advanced Functional Materials, can camouflage itself and is capable of cooling down or heating up depending on its surrounding environment, which could make future soldiers difficult to spot on thermal imaging cameras.

Individual "pixels" make up the device, each containing thermochromic liquid crystals that allow them to change their color.

In experiments, the team showed off their cloak's capabilities. A patch attached to the back of a hand turned blue for instance once that hand was placed on a blue surface.

The patch isn't yet capable of recognizing ambient colors. Their demonstrations still required them to manually input the surrounding colors, according to Defense One.

The team is however planning to integrate a "micro camera" next to allow for an "autonomously working device," as Seung Hwan Ko, researcher at Seoul National University and team lead, told Defense One.

Seung and his team are also planning to scale up their invention and allow the device to still function in extreme temperatures.

READ MORE: ‘Artificial Skin’ May One Day Make Troops Invisible, Even to Heat Sensors [Defense One]

More on invisibility cloaks: Watch a Real-Life Invisibility Cloak Designed for Military Use

Progress in Invisibility Cloak Technology Brings It Closer to Reality
7. 15. 16
Read More
Rochester Cloak: New Breakthrough Moves Real-Life Invisibility Cloak Closer To Reality
5. 26. 16
Read More
Facepalm
"AI Will Never Replace Journalism," Says Magazine CEO Replacing Journalists With AI
7:26 PM
Read More
+Social+Newsletter
TopicsAbout UsContact Us
Copyright ©, Camden Media Inc All Rights Reserved. See our User Agreement, Privacy Policy and Data Use Policy. The material on this site may not be reproduced, distributed, transmitted, cached or otherwise used, except with prior written permission of Futurism. Articles may contain affiliate links which enable us to share in the revenue of any purchases made.
Fonts by Typekit and Monotype.