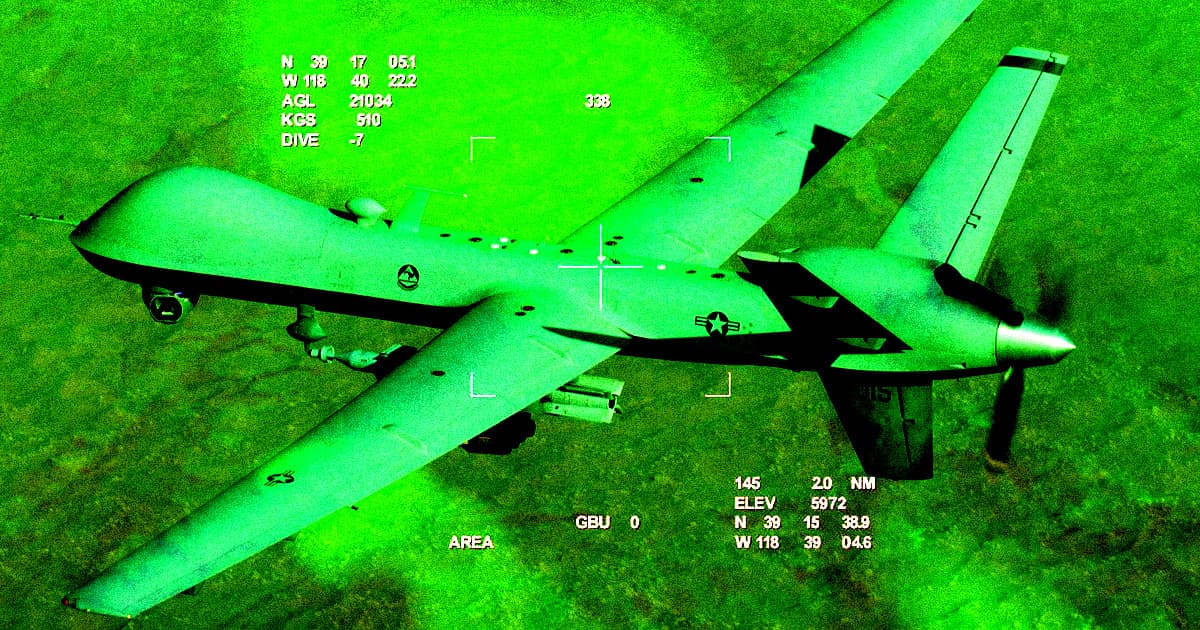 These Are the Pentagon's New Ethics "Principles" for AI in Warfare

On Monday, the Pentagon announced the official adoption of a series of new principles for ethical use of artificial intelligence in warfare, the Associated Press reports.

The principles were formed out of a commission with the (darkly Newspeak-y) name the Defense Innovation Board, which released its recommendations (title: "AI Principles: Recommendations on the Ethical Use of Artificial Intelligence by the Department of Defense") to the Pentagon last October.

The board was fronted by former Google CEO Eric Schmidt, an interesting twist given (as pointed out by the AP) due to the way Google seemed to (or: pretended to) drop out of a defense department project involving A.I. in 2018 after internal protests from Google staffers (to say nothing of the way Google's involvement was handled by the Pentagon).

Per the late 2019 report, the principles are (with our paraphrasing in parenthesis):

1. Responsible ("human beings" at the D.O.D. need to exercise judgement in using A.I. in warfare)

2. Equitable (the D.O.D. "should take deliberate steps" to avoid bias in A.I. recognition)

3. Traceable (the D.O.D. should show their homework and understand how the technology works)

4. Reliable  (A.I. systems should have a "well-defined domain of use" and also, work well)

5. Governable (A.I. systems need "the ability to detect and avoid unintended harm or disruption" a.k.a. not go Skynet on us).

If this all sounds broad, harmless, ineffectual, myopic, painfully obvious, and toothless, well...

The Next Web called the principles "hazy" and "toothless." And Dave Gershgorn of OneZero noted that these supposed ethics are missing "'don't kill somebody with a robot.'" You can decide for yourself just how effective they are by reading them here.

Leader Lars
New European Political Party Is Led by an Artificial Intelligence
10. 16. 22
Read More
Toy Terminators
MIT Professor Warns That Cartels Could Use "Slaughterbots" to Evade Justice
12. 13. 21
Read More
D'oh!
US Military Horrified by Chinese Military Spending Money on Exact Same Crap They Do
11. 13. 21
Read More
+Social+Newsletter
TopicsAbout UsContact Us
Copyright ©, Camden Media Inc All Rights Reserved. See our User Agreement, Privacy Policy and Data Use Policy. The material on this site may not be reproduced, distributed, transmitted, cached or otherwise used, except with prior written permission of Futurism. Articles may contain affiliate links which enable us to share in the revenue of any purchases made.
Fonts by Typekit and Monotype.