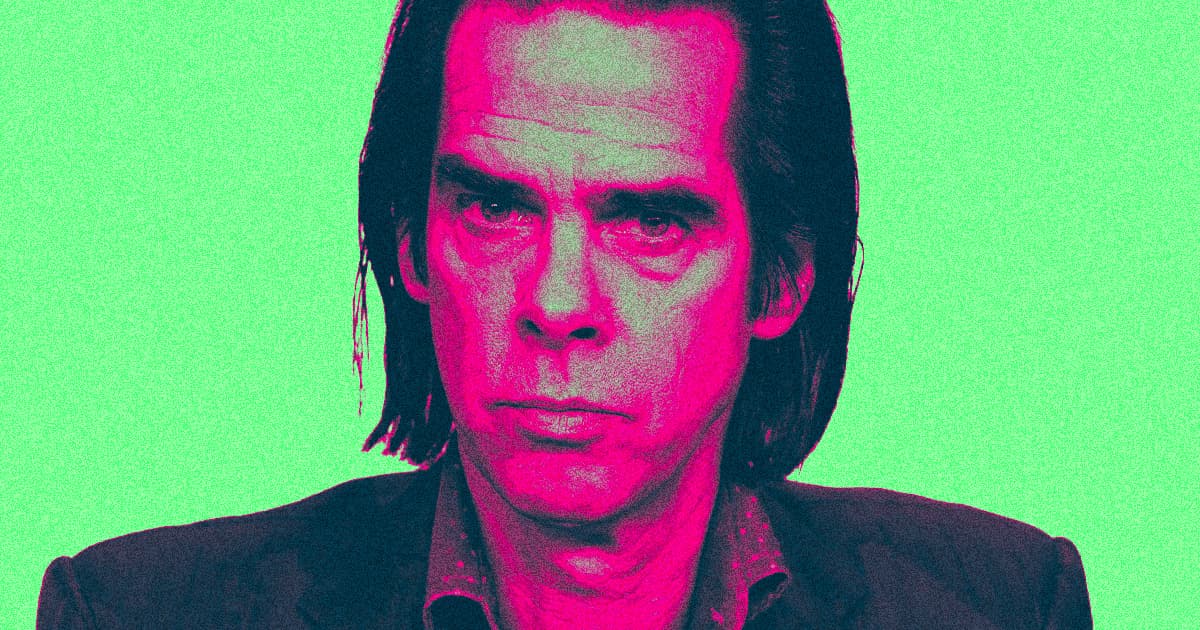 A fan used a popular new artificial intelligence tool to generate a song in the style of Nick Cave — but when he sent it to the venerated songwriter, the response he got was as eloquent as it was enraged.

"I asked Chat GPT to write a song in the style of Nick Cave and this is what it produced," a fan named Mark from New Zealand wrote to Cave, per a post on the artist's blog. "What do you think?"

Cave admitted that it wasn't the first time a fan had sent him computer-generated lyrics since the launch of OpenAI's text generator last November, but so far, he hasn't been impressed with the results.

"I understand that ChatGPT is in its infancy but perhaps that is the emerging horror of AI," Cave continued with aplomb, "that it will forever be in its infancy, as it will always have further to go, and the direction is always forward, always faster."

Algorithms like ChatGPT, Cave continued, "can never be rolled back, or slowed down, as [they move] us toward a utopian future, maybe, or our total destruction."

"Who can possibly say which?" the artist wrote. "Judging by this song ‘in the style of Nick Cave’ though, it doesn’t look good, Mark."

"The apocalypse is well on its way," he continued. "This song sucks."

Cave argued that songs like the ones he writes are born of suffering — a necessary aspect to create art in his style.

"As far as I know, algorithms don’t feel," he wrote. "Data doesn’t suffer. ChatGPT has no inner being, it has been nowhere, it has endured nothing."

"Writing a good song is not mimicry, or replication, or pastiche, it is the opposite," the singer wrote. "It is an act of self-murder that destroys all one has strived to produce in the past."

Cave acknowledged that although it may seem like he's taking "all this a little too personally," he can't help but take affront to what he considers an algorithmic mockery of his work, which necessarily requires him to eviscerate a part of himself to put words to paper.

That said, the artist did point to one line the AI came up with when mimicking him — 'I’ve got the fire of hell in my eyes’ — which he says is "kind of true."