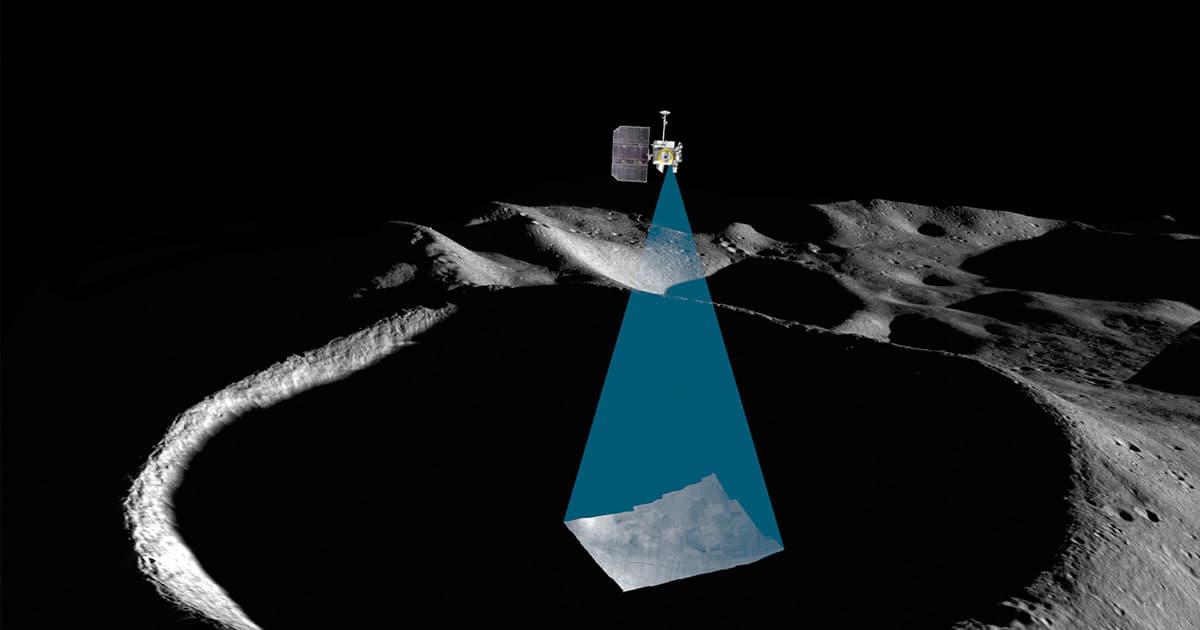 Here's what the Moon's backside where the Sun don't shine looks like.

Here's what the Moon's backside where the Sun don't shine looks like.

Let There Be Light

South Korea's Korean Pathfinder Lunar Orbiter (KPLO), dubbed Danuri, has taken a fascinating image of the wall and floor of the Shackleton Crater, an area of the far side of the Moon permanently plunged into total darkness.

The image shows the crater in unprecedented detail, lighting up areas that have so far resulted in almost entirely blacked out images in observations made by NASA's Lunar Reconnaissance Orbiter, as explained in a blog post by Arizona State University's Mark Robinson, the principal investigator of the orbiter's camera.

The image shows an incredible amount of detail, including the trail left behind by a 16-foot boulder after rolling down the wall of the crater, as seen in the annotated image below.

An extremely sensitive camera built by NASA called ShadowCam, one of six instruments attached to the orbiter, was able to light up a small portion of the Moon's shadowy far side by an astonishing degree.

It was able to do so by making use of reflected light bouncing off of nearby topographical features as well as an incredibly sensitive image sensor.

"The poles are in a perpetual state of dawn to dusk, with the Sun always on the horizon," Robinson writes. "As a result, depressions near the poles never receive direct solar illumination, areas known as permanently shadowed regions or PSRs."

Going forward, ShadowCam will assess the terrain for NASA's upcoming Volatiles Investigating Polar Exploration Rover (VIPER) mission, according to Robinson, and will observe how it changes with time or season.

READ MORE: Here’s the story of a lunar image that doesn’t look remarkable, but really is