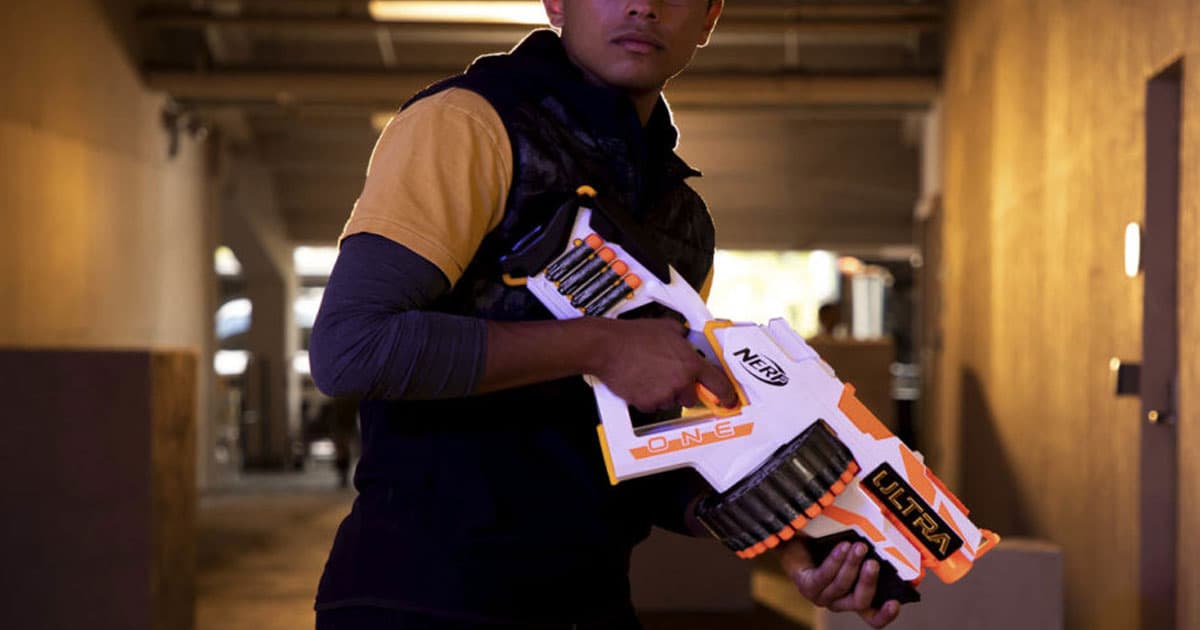 Did Nerf just... Nerf its guns?

Did Nerf just... Nerf its guns?

Knockoff Nerf darts have become ubiquitous in the industry thanks to their simple design that makes them "easy to copy," Hasbro VP Michael Ritchie told the WSJ.

The new DRM could make Hasbro a bucket of money. Twenty of the new Ultra darts will put you back ten bucks — for the same amount you can pick up 200 previous-generation knockoff darts on Amazon.

Knockoff blasters have also been flooding the market, undercutting Nerf and causing them to lose some of their market share, the WSJ reports.

Whether or not the new Ultra lineup of blasters and darts will manage to keep the third-party industry at bay is unclear. As The Verge put it: "If the new darts are good, the community will find a way."

From the Dept. of Buying Things
Save Big on LEGO, LeapFrog, PlayDoh and More with Labor Day Toy Deals
8. 26. 22
Read More
Brands We Love
Take Your LEGO Game to New Heights (Literally) With the Flybrix LEGO Drone Kit
6. 2. 20
Read More
Brands We Love
The Toybox 3D Printer Deluxe Bundle Lets Kids Print Their Own Toys
7. 17. 19
Read More
+Social+Newsletter
TopicsAbout UsContact Us
Copyright ©, Camden Media Inc All Rights Reserved. See our User Agreement, Privacy Policy and Data Use Policy. The material on this site may not be reproduced, distributed, transmitted, cached or otherwise used, except with prior written permission of Futurism. Articles may contain affiliate links which enable us to share in the revenue of any purchases made.
Fonts by Typekit and Monotype.