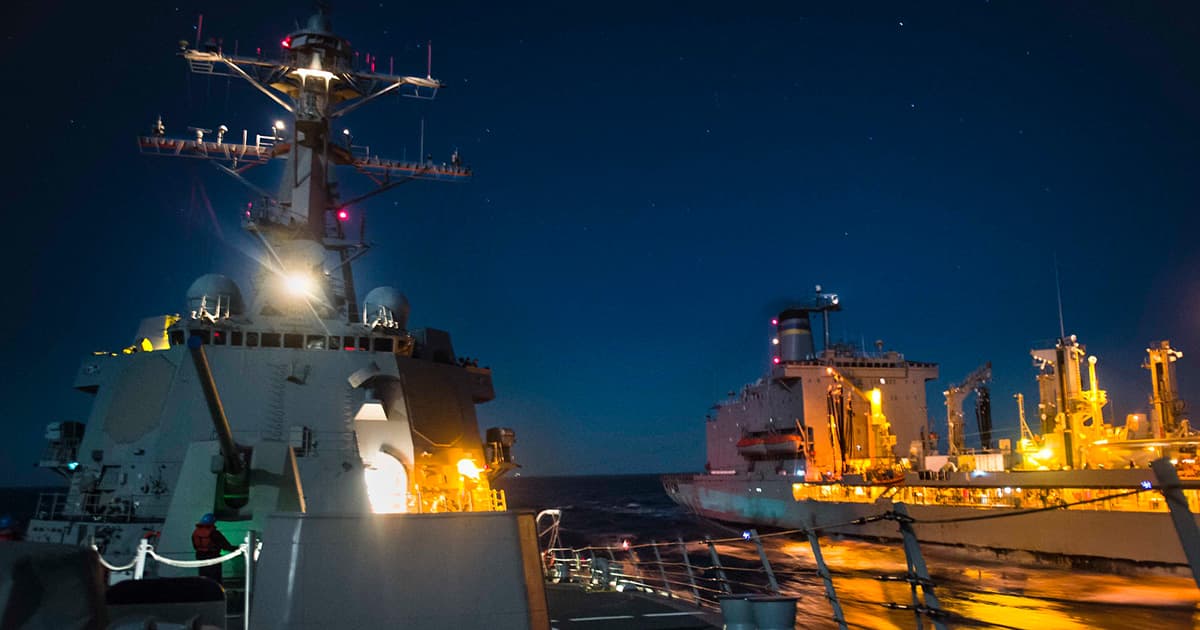 Many, many questions remain.

Many, many questions remain.

In July 2019, a series of mysterious lights — most likely drones hovering in low visibility — swarmed US Navy ships off the coast of California.

The resulting internal investigation reached the highest authorities of the Navy, according to The Drive, but many questions still remain about exactly what happened during the mysterious encounter. Namely, consumer drones can’t match the speeds or flight times that were logged in the ships’ records, suggesting that the peculiar flybys were likely either a military exercise gone wrong, some sort of foreign action, or something much stranger.

The Drive investigated the bizarre drone sightings by getting its hands on ship logs and internal Navy communications, and odd details immediately stood out.

For instance, as many as six drones flew around the same ship at a time one night, keeping pace for 90-minute flights even as the ship traveled at 16 knots (over 18 MPH) in extremely limited visibility. That’s already an impressive feat of coordination for the drones’ unseen operators to pull off, but the fact that commercially-available drones couldn’t fly for that long suggests that there’s more to the story than an ill-advised prank.

Unfortunately, if the Navy ever figured out what was going on, then it kept it quiet. The Drive‘s investigation, as it stands right now, doesn’t get to the bottom of the repeat drone sightings and flybys, which targeted multiple Navy vessels throughout the month.

The publication did confirm that the highest-ranking officials in the Navy got involved, but questions over where the drones came from, who was operating them, and especially why they were doing so are all still in need of answers.

READ MORE: Multiple Destroyers Were Swarmed By Mysterious ‘Drones’ Off California Over Numerous Nights [The Drive]

FROM THE SHAMELESS COMMERCE DIVISION!
Best Drones for Kids in 2022
Apr 5
Read More
FROM THE DEPT. OF THINGS TO BUY
Best Drones of 2022
Mar 15
Read More
"Hoodwinked"
New Pentagon Group Accused of Trying to “Bury” UFOs Again
12. 3. 21
Read More
+Social+Newsletter
TopicsAbout UsContact Us
Copyright ©, Camden Media Inc All Rights Reserved. See our User Agreement, Privacy Policy and Data Use Policy. The material on this site may not be reproduced, distributed, transmitted, cached or otherwise used, except with prior written permission of Futurism. Fonts by Typekit and Monotype.