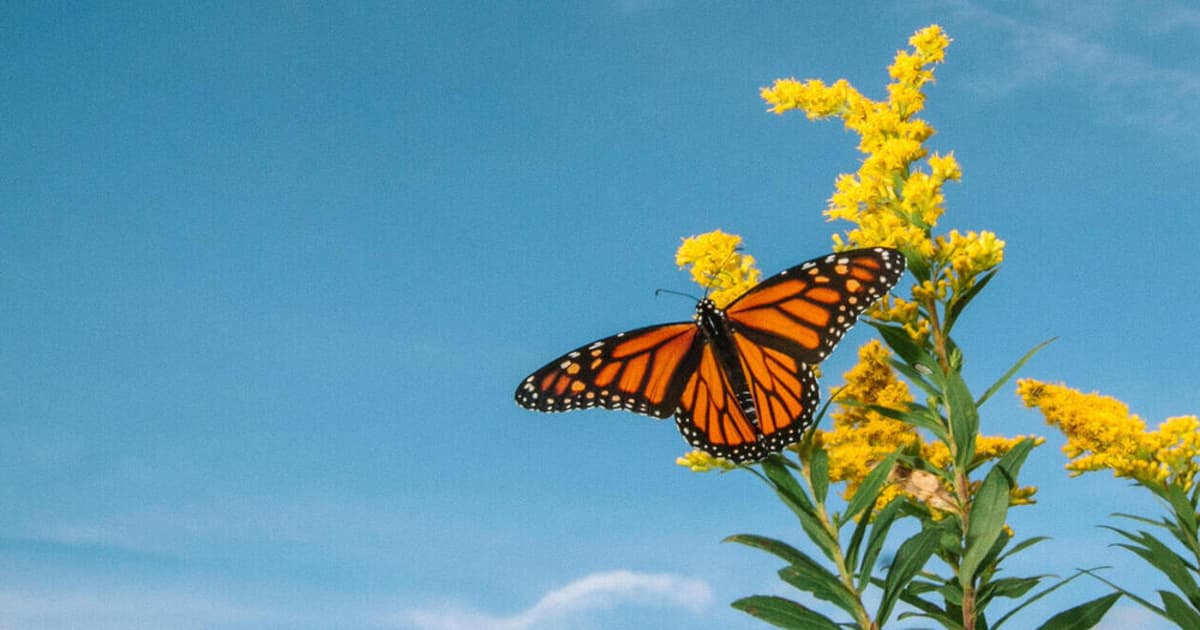 Butterfly In The Sky

A former Navy SEAL in California has a new mission in life that doesn’t have to do with covert military operations: saving the monarch butterfly.

Mark Matzeldelaflor, a 37-year-old former Navy SEAL, founded a nonprofit called Guardian Grange with the goal of using nature to help military veterans cope with trauma and PTSD, according to NBC. Matzeldelaflor was inspired to create the organization after a magic mushroom trip with a friend.

“I just reconnected to nature and my past, where I was like a kid in the woods,” Matzeldelaflor told NBC. “And I realized there’s so much healing in being outside in nature, getting your hands in the dirt and doing good work.”

One of the first major projects for Guardian Grange was to help construct a Western monarch butterfly preserve to help revive the species’ dwindling population.

“When I was a little boy, you could go up to a eucalyptus tree and if you shook a branch, thousands of monarch butterflies would fly off,” project partner Ole Schell said to NBC. Schell allowed the nonprofit to convert part of his ranch into the West Marin Monarch Sanctuary. “You could see hundreds of thousands of monarchs just filling the skies, but now you only see one or two a year. I wanted to do something to lure the butterflies back.”

Matzeldelaflor hopes to do more projects like this one across the rest of the country — and hopefully help even more veterans struggling with trauma.

“The biggest thing I’ve noticed about trauma and people going through the process of healing is that the strongest medicine is just being around other people,” he said to NBC. “I want to create a space for healing, but even beyond that, the creation of better ways of life.”

READ MORE: Monarch butterflies are being wiped out. These combat veterans are trying to save them. [NBC]

More on insects: 27-Year Study Finds the Amount of Insects Flying in the Air Has Declined 75 Percent

Wait Wait
Elon Musk Has a Ridiculous Excuse for Why He Suddenly Doesn’t Want to Buy Twitter
Tuesday
Read More
Musk Gonna Musk
Experts Say That Elon Musk Has No Idea How Math Works
Monday
Read More
One, Two
Physicists Say There May Be Another Reality Right Beyond This One
May 15
Read More
+Social+Newsletter
TopicsAbout UsContact Us
Copyright ©, Camden Media Inc All Rights Reserved. See our User Agreement, Privacy Policy and Data Use Policy. The material on this site may not be reproduced, distributed, transmitted, cached or otherwise used, except with prior written permission of Futurism. Fonts by Typekit and Monotype.