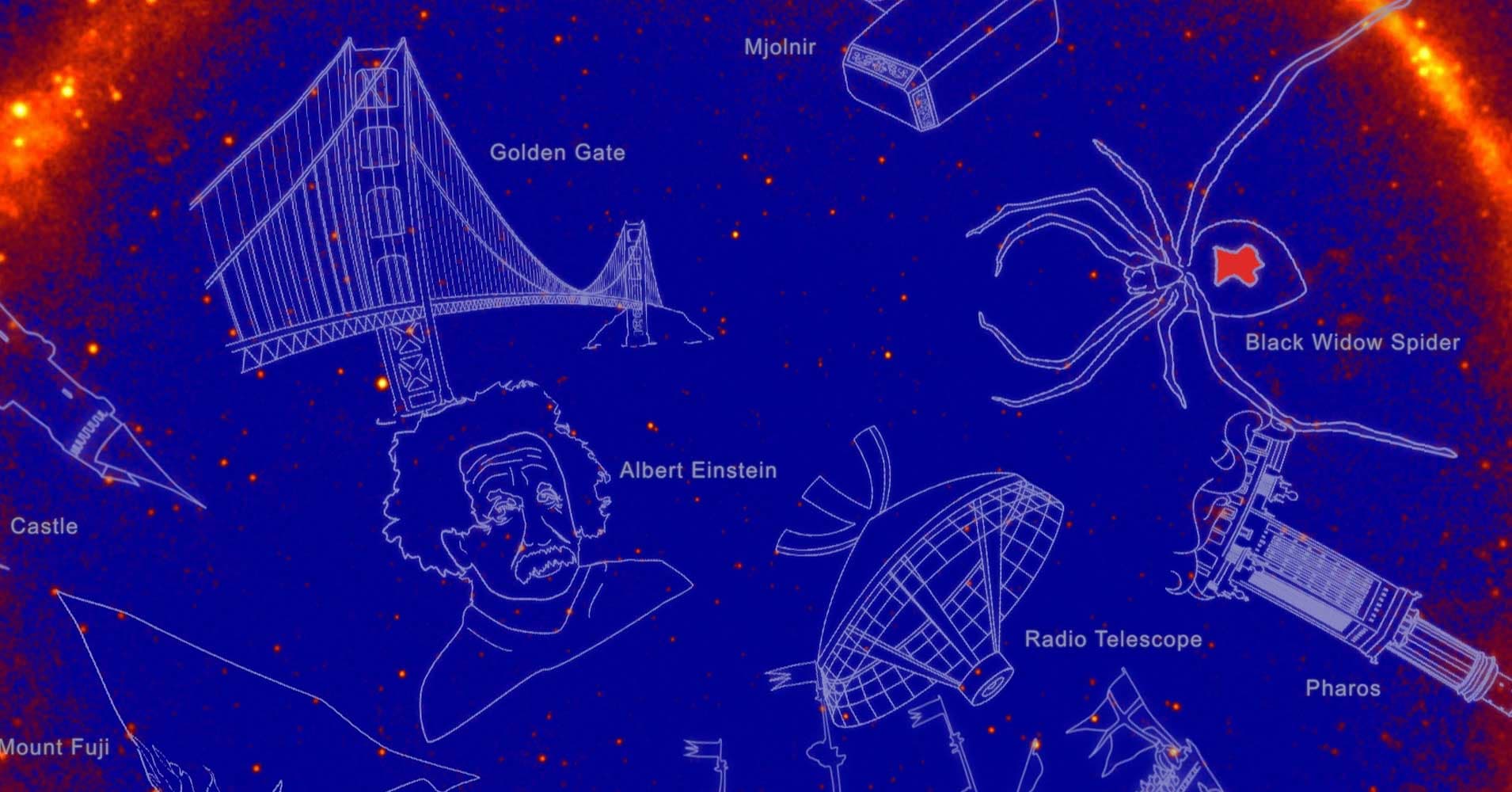 Say hello to the Hulk, Albert Einstein, and the TARDIS.

Say hello to the Hulk, Albert Einstein, and the TARDIS.

On a clear night, you might be able to point out a few constellations — maybe the Big Dipper, Orion's Belt, and your Zodiac sign. But to see the Hulk and Albert Einstein, you're going to need help from a powerful space telescope.

On June 11, 2008, NASA launched the Fermi Gamma-ray Space Telescope. Every three hours, it produces a map of all the sources of gamma rays in the entire sky. And now, these gamma ray sources have their own set of constellations.

Patterns in the Noise

Gamma rays are the highest-energy form of light, but we can't see them with our own eyes. That means the gamma-ray sky depicted in Fermi's maps looks a lot different from the sky we see when we look upward.

To date, Fermi has located about 3,000 sources of gamma rays, which include everything from rotating neutron stars to supermassive black holes. To celebrate the device's 10 years of hard work, the Fermi team decided to create a set of 21 constellations from among these 3,000 sources.

“Developing these unofficial constellations was a fun way to highlight a decade of Fermi’s accomplishments,” said Fermi project scientist Julie McEnery in a NASA news release. “One way or another, all of the gamma-ray constellations have a tie-in to Fermi science.”

The team had some fun with the project. They drew inspiration from everything from pop culture (the TARDIS from "Doctor Who, Star Trek's U.S.S. Enterprise) to science (Schrödinger’s Cat, Albert Einstein) while conjuring up this new set of constellations.

You can view these newly identified constellations via an interactive website featuring artwork by illustrator Aurore Simonnet. Click on a constellation, and you'll find a link to a page with information about the gamma ray sources within it, giving you a chance to bone up on your science while indulging in a little culture.