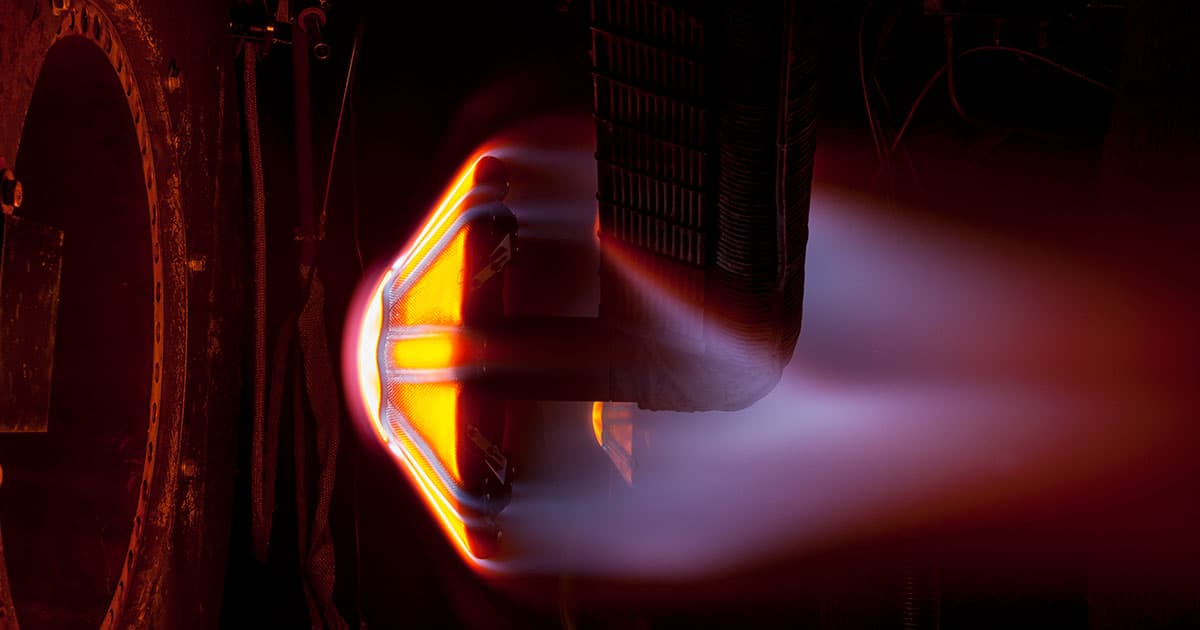 NASA just fired "micro-bullets" at its Mars sample return orbiter's anti-meteorite shield. But it was out of love, we promise!

According to an agency press release, the baby bullets were designed to simulate micrometeorite and space debris impact. Though tiny, these little bits and pieces of space rock and off-world garbage can travel at 50 miles per second — and thus can do some serious damage.

Given the fact that returning samples from Mars is one of NASA's most anticipated projects to date, the agency is making extra sure that the craft, which is currently under construction, makes it back in one piece.

The tests took place at NASA's Remote Hypervelocity Test Laboratory, located at their White Sands Test Facility in New Mexico. Scientists chose the remote location because getting these tiny bullets to go as ridiculously fast as possible is actually pretty dangerous.

To accelerate an object to the speed of a micrometeorite requires some serious pressure, which is why the researchers behind the project used what's called a "two-stage light gas gun" to perform the tests.

The first stage uses traditional gunpowder to set a projectile in motion. Compressed hydrogen gas is then pushed into the tube to make that projectile go exponentially faster.

It's a nifty piece of equipment, but the gun's pressure gets so high that it actually could have leveled the building if something were to go wrong.

"That is why we hung out in the bunker during the test," said NASA engineer Bruno Sarti, who leads the team developing the anti-meteorite shields, in a statement.

While the researchers didn't get their tiny bullets to go as fast as an actual micrometeorite, they did get fairly close: five miles per second.

"At that speed," Dennis Garcia, a scientist at White Sands said in the statement, "you could travel from San Francisco to New York in five minutes."

Not too shabby. And excitingly, they were able to draw one important engineering conclusion: as Sarti told Space.com, the shields work best when made using multiple thin layers of material, as opposed to one thick chunk of metal.

Here's to NASA's coveted Mars samples experiencing a safe trip back to Earth.