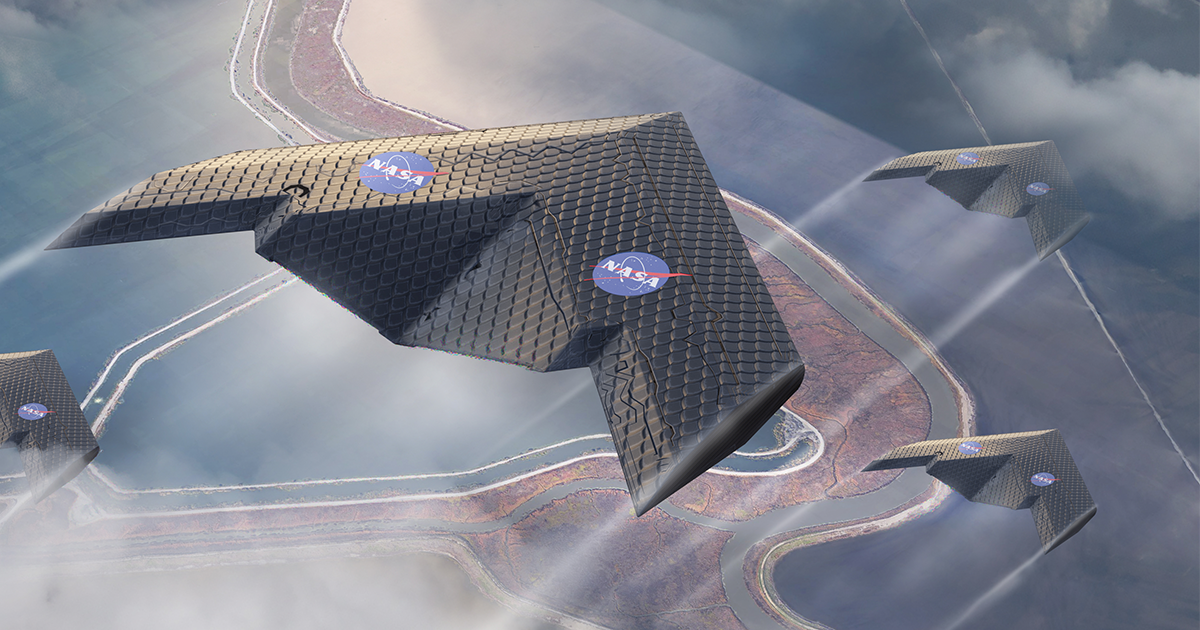 It automatically adjusts to whatever shape is optimal for the current phase of flight.

It automatically adjusts to whatever shape is optimal for the current phase of flight.

A team from NASA and MIT has created a new type of airplane wing — and it could make air travel far more efficient.

In a paper published in the journal Smart Materials and Structures on Monday, the researchers describe how they built an airplane wing from hundreds of identical, lightweight cube-like structures, all bolted together and then covered with a thin polymer material.

The design allows the wing to change shape automatically, adjusting itself to whatever configuration is optimal for the current phase of flight — with one configuration for take-off, for example, and another for landing.

The wing the researchers created and tested for the new paper is about the same size as what you'd find on a single-seater plane, according to MIT News, but they'd already demonstrated their design's feasibility with a smaller wing several years ago.

Not only does this new wing show that the concept scales up to a size that could carry a person, but it also demonstrates a new manufacturing process that cuts the time needed to produce each individual structure down from several minutes to just 17 seconds.

More on airplane design: See a Mini Prototype of a Weird Plane With Connected Wings in Action

Eyes Wide Shut
MIT Tech Lets Self-Driving Cars "See" Under Surface of Road
2. 24. 20
Read More
Deadly Development
Whistleblower Says Boeing 787 Oxygen Masks Don't Work
11. 6. 19
Read More
Nose Dive
Pilots Were Worried About Boeing 737 Max Before Deadly Crash
3. 13. 19
Read More
+Social+Newsletter
TopicsAbout UsContact Us
Copyright ©, Camden Media Inc All Rights Reserved. See our User Agreement, Privacy Policy and Data Use Policy. The material on this site may not be reproduced, distributed, transmitted, cached or otherwise used, except with prior written permission of Futurism. Articles may contain affiliate links which enable us to share in the revenue of any purchases made.
Fonts by Typekit and Monotype.