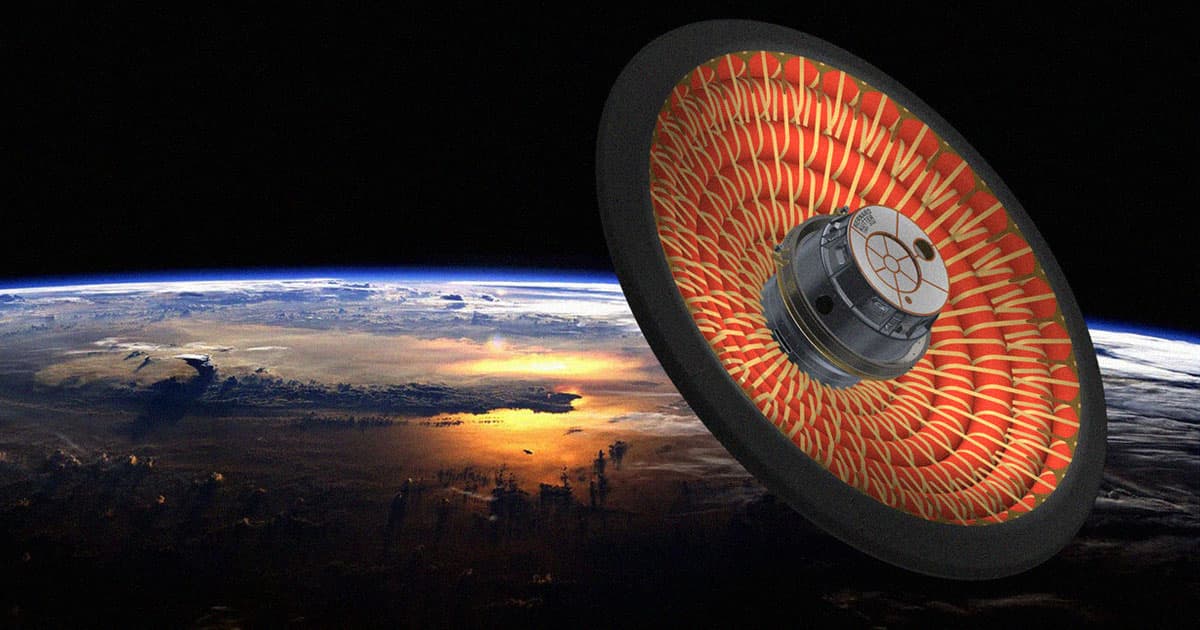 It could take humans safely to the surface of Mars — or be a huge hit at a kid's birthday party.

It could take humans safely to the surface of Mars — or be a huge hit at a kid's birthday party.

It was an impressive feat: NASA launched a massive inflatable heat shield all the way into space, only to test it by crashing it down in the Pacific Ocean near Hawaii.

The stunt, dubbed the Low-Earth Orbit Flight Test of an Inflatable Decelerator (LOFTID), was meant to lay the groundwork of a system capable of landing humans safely on the surface of Mars.

At 30 feet in diameter, the flying saucer-shaped device is meant to act like a giant crash pad for spacecraft as they make their way through the atmosphere of an alien planet.

In other words, it's not unlike a bouncy castle that can be packed away when not in use, as The New York Times' Kenneth Chang suggested.

But that kind of comparison didn't sit well with the people in charge of the project.

"I would say that would be inaccurate," Neil Cheatwood, principal investigator for LOFTID, told Chang.

Early Thursday morning, an Atlas V rocket blasted off with LOFTID in its packed-up state in tow into low-Earth orbit.

Just over two hours later, the massive inflatable device screamed through the Earth's atmosphere, harmlessly splashing down near Hawaii.

The heat shield can act as a huge brake during descent, slowing down large payloads. It's designed to survive a massive 18,000 mph fall, and ward off blistering temperatures of up to 3,000 degrees Fahrenheit.

During future missions to the Red Planet, it could be our ticket to getting to the surface in one piece, according to NASA, when used in tandem with other systems such as parachutes or rockets.

But before we plan our first crewed mission to Mars, where's the harm in investigating if LOFTID could serve double duty as a bouncy castle once we get there?

READ MORE: NASA Launched an Inflatable Flying Saucer, Then Landed It in the Ocean [The New York Times]

More on landing on Mars: NASA Testing Giant "Crumple Zone" Gadget That Would Let Rovers Crash Into Mars and Survive