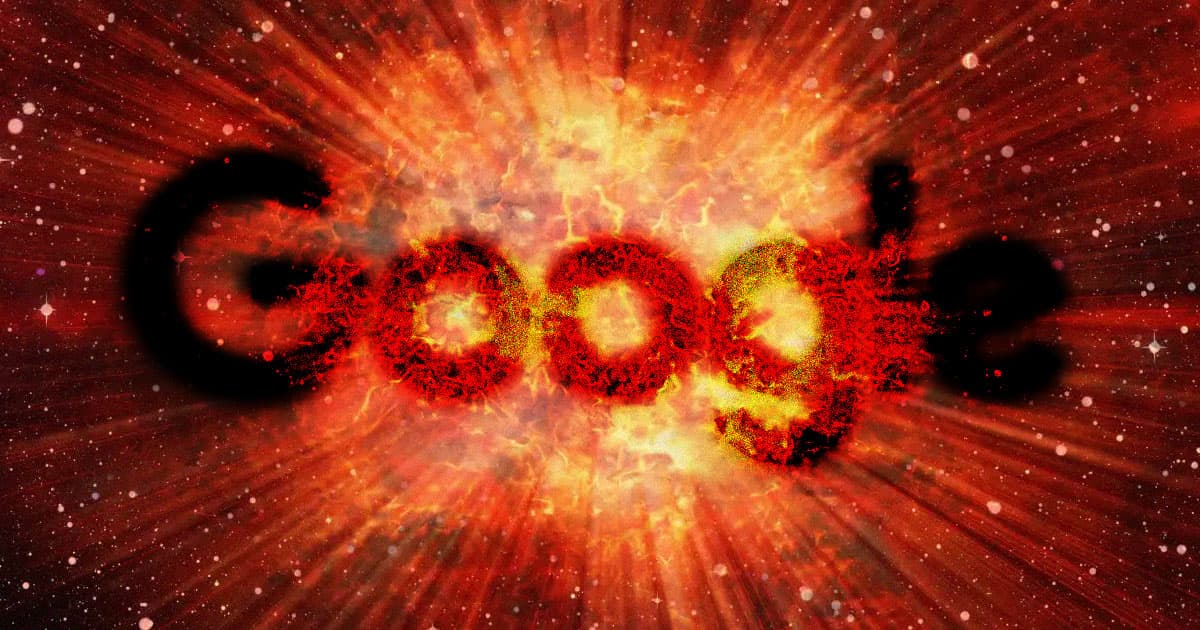 The events are apparently unrelated.

The events are apparently unrelated.

A Google outage caused thousands to lose access to its services including search late Monday night.

Mysteriously, an electrical explosion wreaked havoc at one of its data centers in Council Bluffs, Iowa, earlier that same day.

The explosion seriously injured three electricians, according to local reporting on the incident.

Oddly enough, if Google is to be believed, the two incidents are entirely unrelated to each other. The company is officially blaming the outage on a "software update," as The Guardian reports — not the explosion — leading to speculation on whether the incidents were indeed related.

The electricians were on duty at a nearby substation when an explosion known as an arc flash occurred, severely burning all three of the workers. The official cause is still being investigated.

"We are aware of an electrical incident that took place today at Google’s data center in Council Bluffs, Iowa, injuring three people onsite who are now being treated," a Google spokesperson told SFGate.

Later that night, DownDetector, a website that tracks outages of major internet domains, reported a massive influx of outages in Google services that started around 9:00 pm and peaked at 9:41 pm.

Everything from Gmail to Google Maps suddenly went down, and users attempting to access them and other Google services were met with error codes.

It’s possible that the timing of the events is only a coincidence, but until we hear more from Google, there’s no way to know for certain.

Whatever the cause, the outage is yet another reminder of just how much the Internet — and its users — rely on Google. Think beyond just the search engine: Google's Android operating system powers billions of smartphones and other devices worldwide.

"[The outage] once again highlights our dependence on technology service providers and shows how reliant many people are on a single operator for daily functions," wrote cybersecurity professor Paul Haskell-Downland in The Conversation.

It’s not the first major Google outage, and it won’t be the last. For now, we hope to get a better explanation of both the explosion and the outage as the story develops.

More on Google: Android Malware May Have Charged Millions of Customers Without Permission