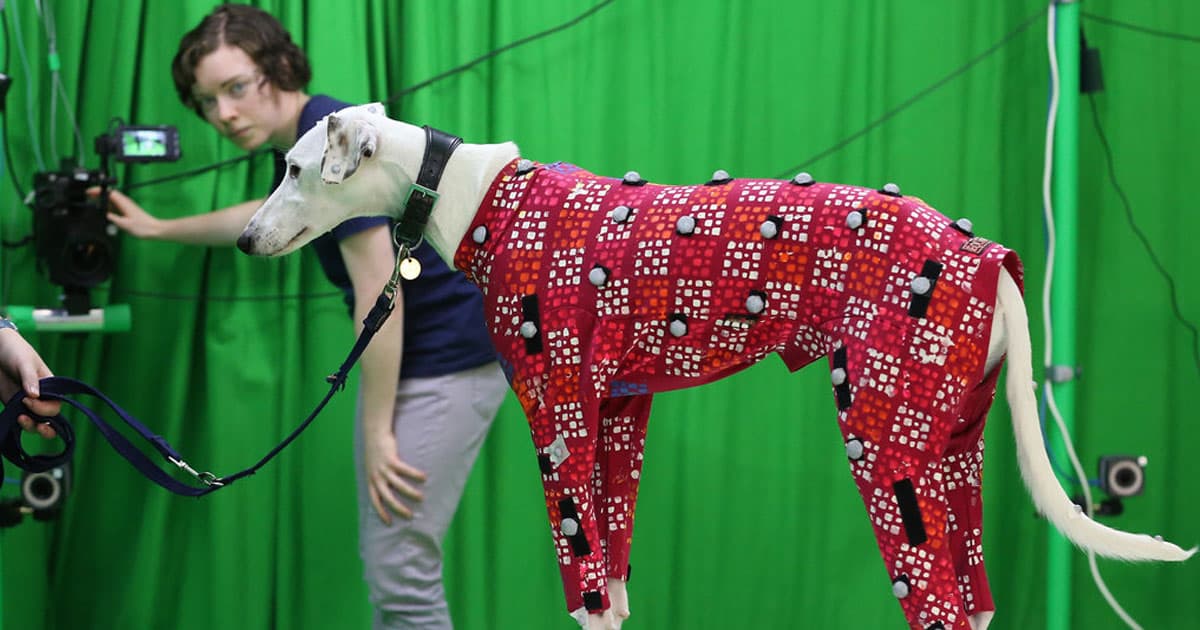 A new motion capture system can create digital avatars of dogs after filming them with a single camera.

Typically, digitizing a dog is like digitizing a person: it involves multiple cameras and a canine version of those ball-coated motion capture suits — but a team of computer scientists at the University of Bath did away with all that, according to research shared on the team's GitHub. It's an unusual development, but one that could vastly improve fields ranging from animation to veterinary care.

The team started with the usual getup: multiple cameras and the motion capture suit. After training a computer model on the gait and poses of 14 dog breeds, however, all the extra hardware became unnecessary. Now, a single RGBD camera — which also records how distant objects are — is enough for the model to accurately detect and predict a dog's movements and recreate them virtually.

"For the entertainment industry, our research can help produce more authentic movement of virtual animals in films and video games," Bath researcher Sinéad Kearney said in a press release. "Dog owners could also use it to make a 3D digital representation of their pet on their computer, which is a lot of fun!"

Fun and games aside, the technology could also be a valuable tool for veterinarians who are tracking a dog's health.

"This technology allows us to study the movement of animals," Kearney added, "which is useful for applications such as detecting lameness in a dog and measuring its recovery over time."

READ MORE: Digitise your dog into a computer game [University of Bath]

More on motion capture: Amazing Tech Turns You Into a CGI Character in Real Time

Brands We Love
Show Your Four-Legged Friends You Care With These High-Tech Pet Gifts
12. 11. 18
Read More
Balloon Pop
Footage Shows Chinese Balloon Being Shot Down
Yesterday
Read More
Bird Crap
It Looks Like Elon Musk Is Actually Building a Twitter Payment Platform
Yesterday
Read More
+Social+Newsletter
TopicsAbout UsContact Us
Copyright ©, Camden Media Inc All Rights Reserved. See our User Agreement, Privacy Policy and Data Use Policy. The material on this site may not be reproduced, distributed, transmitted, cached or otherwise used, except with prior written permission of Futurism. Articles may contain affiliate links which enable us to share in the revenue of any purchases made.
Fonts by Typekit and Monotype.