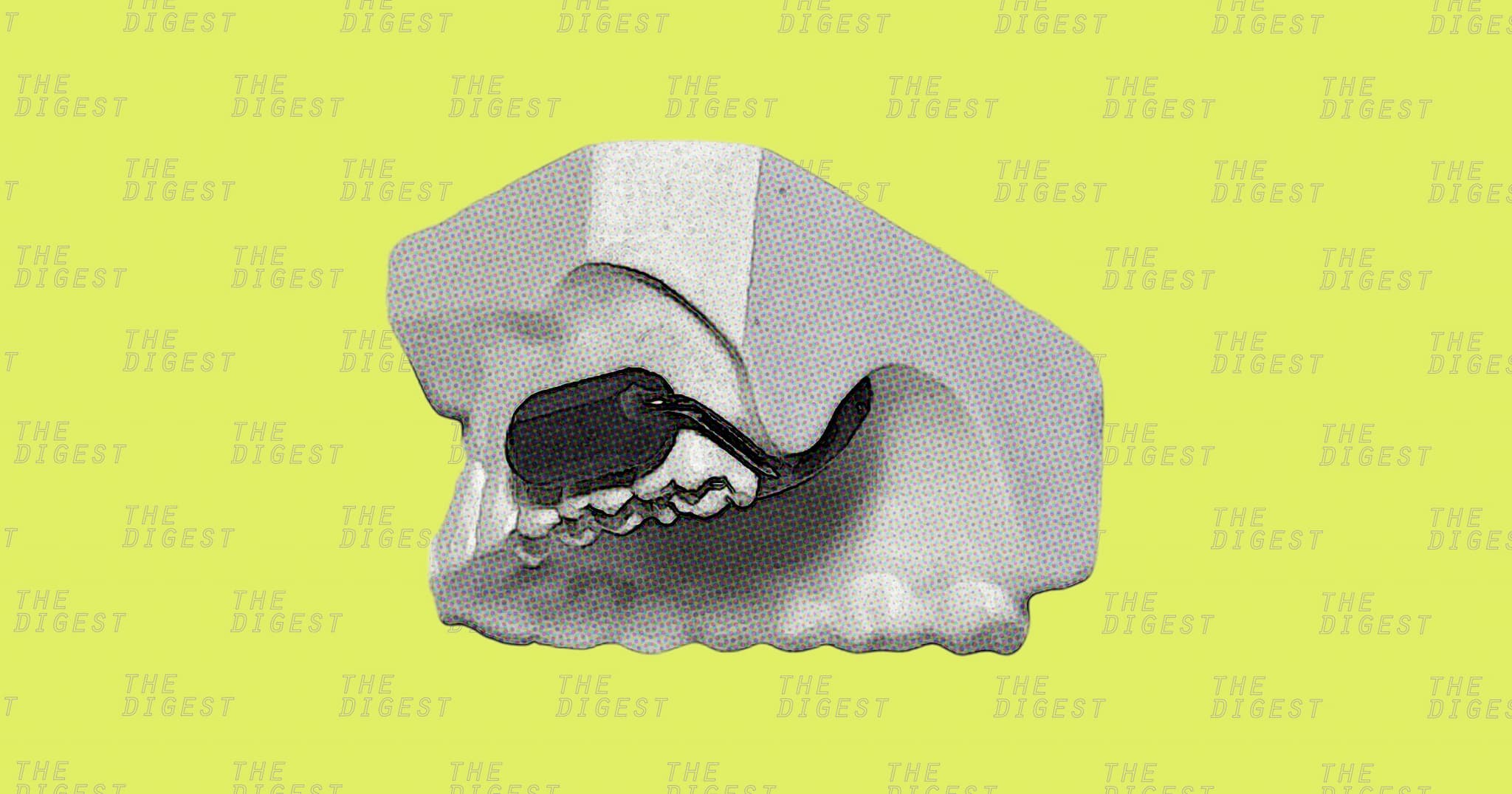 The Military’s “Molar Mic” Is Straight out of Mission Impossible

It sends audio through a person's teeth and bones.

It sends audio through a person's teeth and bones.

If you love the convenience of Bluetooth headsets but don't want to look like you're stuck in 2007, you're in luck: there might soon be a new headset in town.

The U.S. Department of Defense (DoD) just agreed to spend roughly $10 million to start field testing and deploying the Molar Mic, a device that's similar to a Bluetooth headset but far less unsightly. And it could be just a matter of time before the tech trickles down to consumers.

AUDIO IN. AUDIO OUT.

The Molar Mic is the brainchild of Sonitus Technologies, a wireless communication tech development company.

The device consists of a mouthpiece, equipped with a waterproof microphone, that's custom-built to fit the teeth of its wearer. Once in place, the wearer can speak normally; the device sends the audio to a radio transmitter on a loop around their neck. This transmitter sends the audio to a second radio unit worn elsewhere on the body, which then sends it off to the intended recipient.

Receiving audio is a bit tricker. The mouthpiece translates the incoming audio into vibrations on the teeth. These vibrations travel through the bones in the jaw and skull to the inner ear, which automatically translates them back into sounds. The result is audio that sounds like its coming from within the person's own head. Apparently it can take some getting used to.

“Over the period of three weeks, your brain adapts and it enhances your ability to process the audio,” Sonitus CEO Peter Hadrovic told Defense One, though he insists the audio is understandable “out of the gate."

He knows because several airmen in Afghanistan tested prototypes over the course of 14 months. With this new funding, though, the DoD wants to get it ready for widespread deployment.

It's easy to see why the military would be interested in the Molar Mic. Undercover operatives could covertly listen to instructions, while soldiers in noisy conditions, such as the middle of a storm or battle, could coordinate with one another or with home base.

No doubt consumers could find a few uses for the Molar Mic, too (anyone else picturing students using the devices to cheat on tests?). Military tech has made its way to the consumer market before (where do you think your GPS or your Jeep came from?) so it's not far-fetched to think that civilians may soon get a chance to try out this low-key communications device.

More on military tech: What a High-Tech Military Means for Our Future