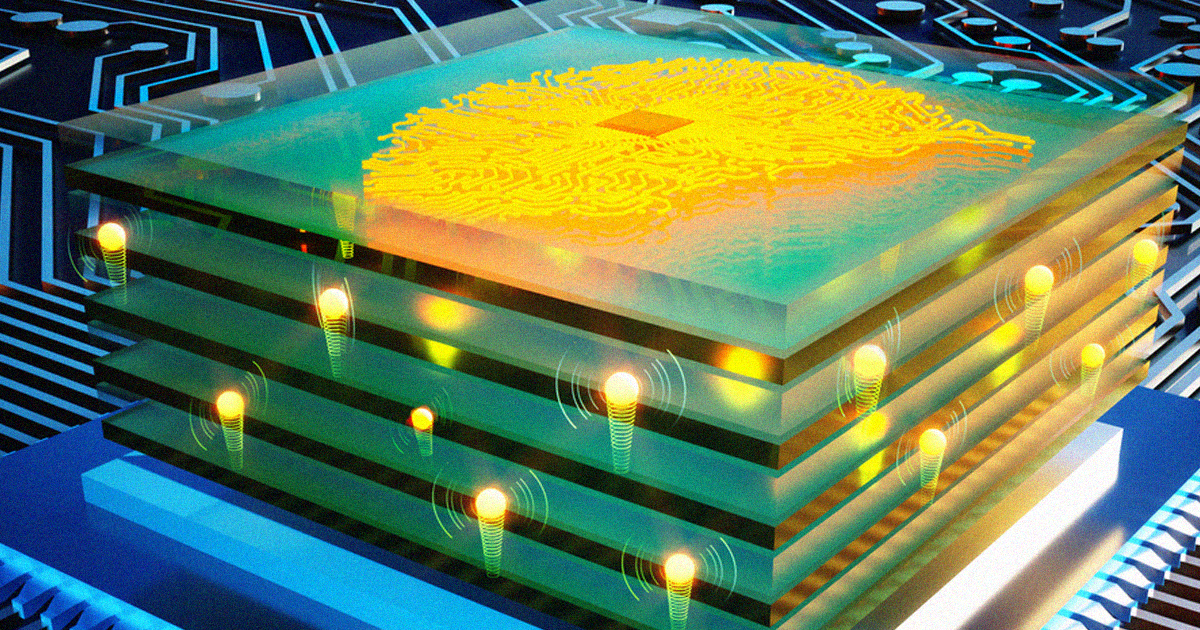 Think and You'll Miss It

Think and you’ll miss it: researchers at MIT claim to have successfully created analog synapses that are one million times faster than those in our human brains.

Just as digital processors need transistors, analog ones need programmable resistors. Once put into the right configuration, these resistors can be used to create a network of analog synapses and neurons, according to a press release.

As detailed in a new paper, the researchers hope their findings will advance the field of analog deep learning, a burgeoning field of artificial intelligence.

By ditching the normally used organic mediums and opting for high tech glass, known as inorganic phosphosilicate glass (PSG), instead, the researchers were able to reach nanosecond speeds, which were faster than the synapses in the human brain.

"The action potential in biological cells rises and falls with a timescale of milliseconds, since the voltage difference of about 0.1 volt is constrained by the stability of water," said senior author and professor of nuclear science Ju Li, in the statement. "Here we apply up to ten volts across a special solid glass film of nanoscale thickness that conducts protons, without permanently damaging it."

"And the stronger the field, the faster the ionic devices," he added.

Because PSG can withstand high voltages without breaking, it allows the protons to travel at ludicrous speeds while also being incredibly energy-efficient.

The material is both common and easy to fabricate, making it not only the fastest option, but also a practical one.

"Once you have an analog processor, you will no longer be training networks everyone else is working on," said lead author Murat Onen in the statement. "You will be training networks with unprecedented complexities that no one else can afford to, and therefore vastly outperform them all."

"In other words, this is not a faster car, this is a spacecraft," he added.

More on AI: Authors Are Starting to Use AI to Quickly Churn Out Novels