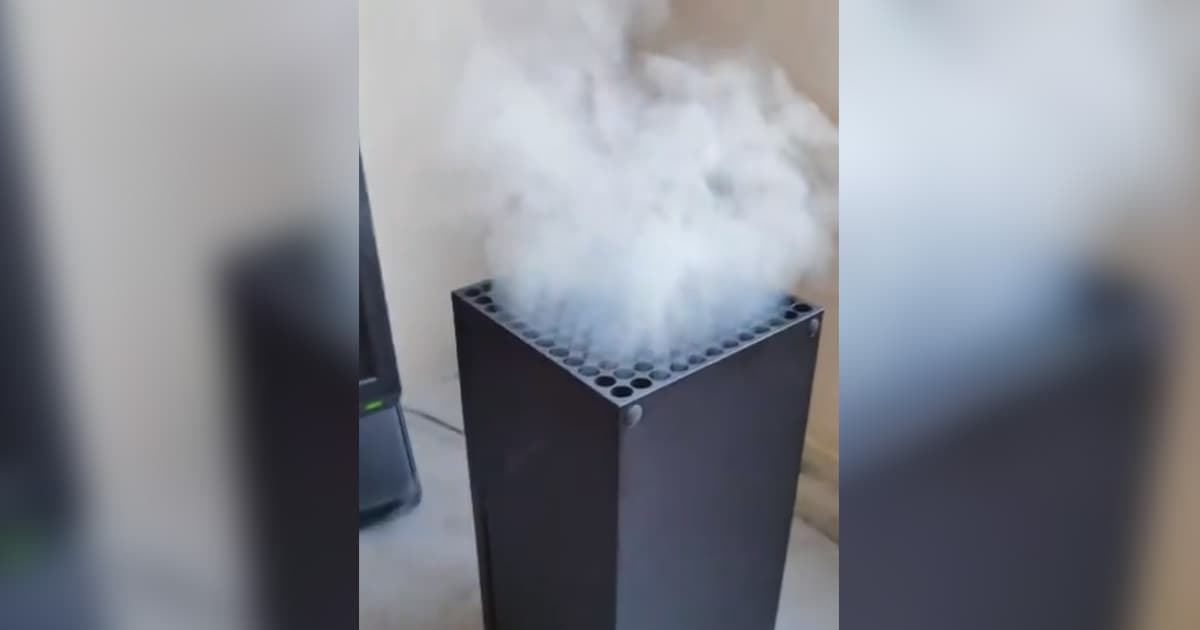 "We can't believe we have to say this, but please do not blow vape smoke into your Xbox Series X."

"We can't believe we have to say this, but please do not blow vape smoke into your Xbox Series X."

It’s only been out for about two days, but Microsoft has already had to warn users not to blow vape smoke into their brand new next-generation Xbox Series X consoles.

Several videos circulated online showing consoles letting out a steady steam of white smoke out of their top exhaust fans, but Polygon reports that they appear to be the result of owners blowing vapor from electronic cigarettes into the consoles.

Still, copycats got so out of hand that Xbox maker Microsoft had to get on Twitter to warn their customers.

“We can’t believe we have to say this, but please do not blow vape smoke into your Xbox Series X,” the company wrote in a Wednesday tweet, leading users to a customer support page.

Gaming consoles go up in flames isn’t as far-fetched as it sounds. The news broke on the same day that smart home doorbell maker Ring had to recall around 350,000 of its second generation video doorbells in the US over fire concerns.

Instead of having their consoles catch fire, though, the biggest issue arising out of Microsoft’s next-gen console’s launch turned out to be faulty disc drives.

READ MORE: Microsoft: ‘please do not blow vape smoke into your Xbox Series X’ [The Verge]