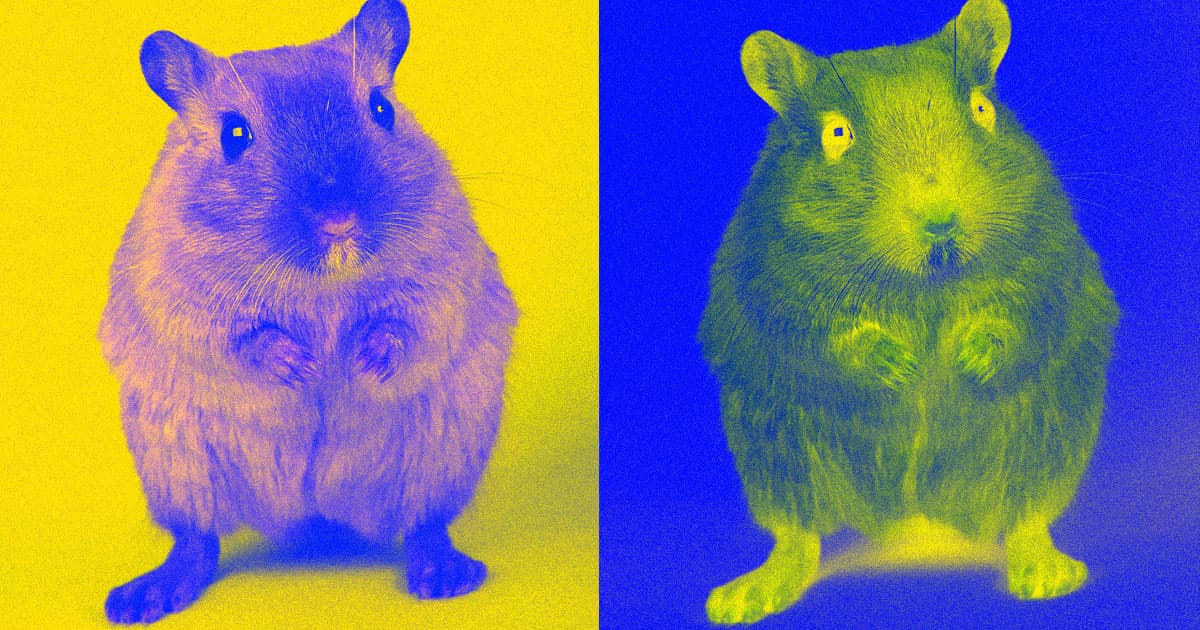 Some researchers are exploring ways to use artificial intelligence to detect deepfakes, AI-generated video and audio recordings that seem real but aren't. But another team of scientists thinks it can expose the fakes with a lower-tech tool: mice.

It sounds bizarre, but researchers at the University of Oregon believe they can train mice to listen for irregularities in recorded speech, the kind that can crop up in audio deepfakes — and so far, the rodents seem to show promise as organic deepfake detectors.

The team found that, after training, the mice were able to distinguish between the speech sounds "buh" and "guh" in different contexts with 80 percent accuracy, researcher Jonathan Saunders told BBC News.

“And because they can learn this really complex problem of categorizing different speech sounds," he said, "we think that it should be possible to train the mice to detect fake and real speech.”

If the team's hypothesis proves true, however, don't expect Facebook or YouTube to start stockpiling mouse food in the battle to rid their platforms of deepfakes.

"While I think the idea of a room full of mice in real time detecting fake audio on YouTube is really adorable, I don't think that is practical for obvious reasons," Saunders told BBC News. "The goal is to take the lessons we learn from the way that they do it, and then implement that in the computer."

Called Out
Twitch Streamer Tearfully Apologizes for Looking at Deepfaked Porn
Tuesday
Read More
Deepfaked Neighbors
Trashy TV Prank Show Deepfakes Celebrities Into Jackass-Style Situations
Jan 27
Read More
Neural Networking
Welcome to "Robot Hell"! Meet the Deranged Genius Who Created an AI Version of @Dril
4. 12. 22
Read More
+Social+Newsletter
TopicsAbout UsContact Us
Copyright ©, Camden Media Inc All Rights Reserved. See our User Agreement, Privacy Policy and Data Use Policy. The material on this site may not be reproduced, distributed, transmitted, cached or otherwise used, except with prior written permission of Futurism. Articles may contain affiliate links which enable us to share in the revenue of any purchases made.
Fonts by Typekit and Monotype.