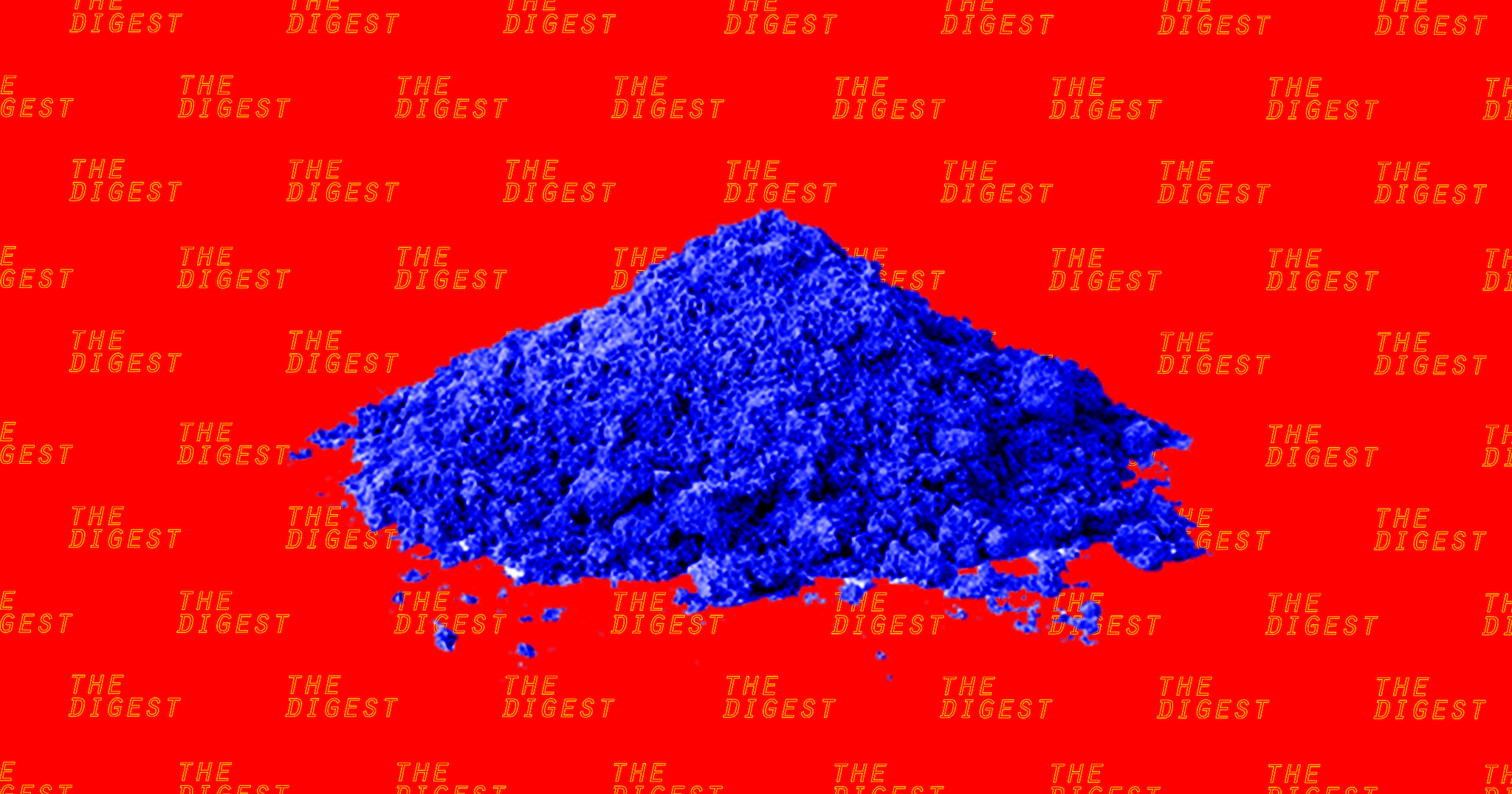 This Industrial Blue Dye Could Help Us Build Better Batteries

SOME POSITIVE PRESS. Usually, when methylene blue makes the news, it's because the industrial dye has polluted some waterways or hurt some living organisms. But now, researchers from the University at Buffalo think they've found a way for the dye to actually help the environment: storing and releasing energy.

They published their research in the journal ChemElectroChem on August 13.

BLUE IS THE POLLUTION-IEST COLOR. Textile mills often use methylene blue to dye fabric (you guessed it) blue. Sometimes, the leftover dye can make its way from the mill into the environment, where it is not easy to clean up.

"There's been a lot of work done on ways to sequester methylene blue out of water, but the problem with a lot of these methods is that they're expensive and generate other kinds of waste products," lead researcher Timothy Cook said in a press release.

First author Anjula Kosswattaarachchi went on to add, "But what if instead of just cleaning the water up, we could find a new way to use it? That's what really motivated this project."

EFFICIENT ENERGY STORAGE. For their study, the team created two batteries that used a solution of methylene blue and salt water to capture, store, and release electrons — three actions a power cell must be able to do.

They found that their first battery worked with near 100 percent efficiency, putting out almost exactly as much energy as the researchers put into it. This efficiency did degrade after about 50 cycles, however, due to the membrane the researchers used, but swapping it out for another solved the problem.

PUTTING IT TO THE TEST. The researchers believe methylene blue wastewater from textile mills could be a viable material for flow (or "liquid")  batteries, ideal for storing energy from wind farms and solar panels. And they'd offer an improvement over traditional batteries because they can recharge almost instantly.

The researchers have yet to test these batteries as a viable replacement, but it's the next step in their research. If they're correct, we might be able to stop methylene blue wastewater from ever making its way into the environment, instead capturing it to produce redox flow batteries.

And not only could this research keep methylene blue out of the environment, it could also help speed up the adoption of renewable energy. Truly a win/win.

READ MORE: This Bright Blue Dye Is Found in Fabric. Could It Also Power Batteries? [University at Buffalo]

More on batteries: Tesla Is Providing Batteries for the World’s Largest Producer of Wind Turbines