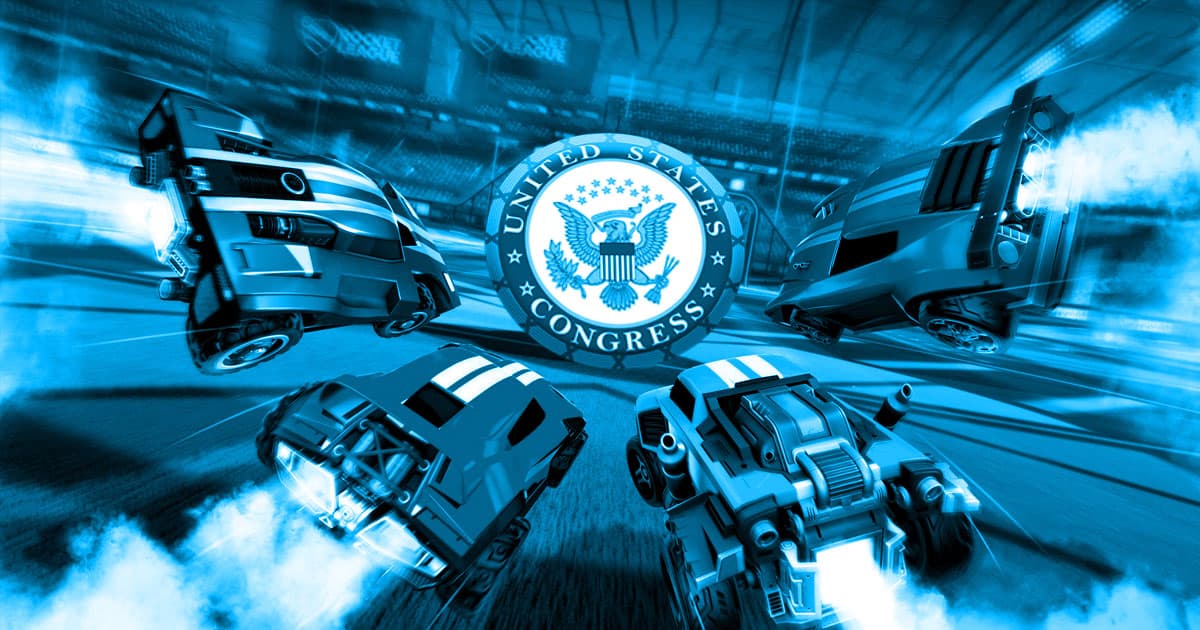 Members of Congress Are Gonna Play "Rocket League" on Twitch

Politicians are gamers now — or, at least, that's what they want you to believe.

Politicians are gamers now — or, at least, that's what they want you to believe.

It sounds like a joke, but members of Congress and their staff are getting together Wednesday to play the video game "Rocket League" — and, as the icing on the cake, they'll be streaming the event live on Twitch.

"Members of Congress and their staff will play the video game 'Rocket League,' which will be streamed on the online platform Twitch, and answer questions as they compete in the tournament," reads a press release sent out by the communications director of Rep. Stephanie Murphy (D-FL.)

The Future Forum, a group of 50 members of the House of Representatives who focus on technology and other issues affecting young people, will host the event. If you're not one of those young people, we should probably mention that "Rocket League" is a soccer-like game in which players control small, rocket-propelled cars.

Here's our over-under: it's good that elected officials are working to familiarize themselves with gaming culture — but they probably won't really get the culture, or its unique challenges, until they start diving deep into the chat on a PewDiePie stream.

Magic: The Reckoning
Maker of "Magic" Cards Sends Cease and Desist to Project Minting Unauthorized NFTs
Feb 15
Read More
Stoking the Fire
Gaming Exec Says His Customers Are Idiots For Not Understanding How Great NFTs Are
Jan 29
Read More
Brands We Love
Gamefly Gives You Access to Thousands of Video Game Titles for One Flat Fee
8. 3. 20
Read More
+Social+Newsletter
TopicsAbout UsContact Us
Copyright ©, Camden Media Inc All Rights Reserved. See our User Agreement, Privacy Policy and Data Use Policy. The material on this site may not be reproduced, distributed, transmitted, cached or otherwise used, except with prior written permission of Futurism. Fonts by Typekit and Monotype.