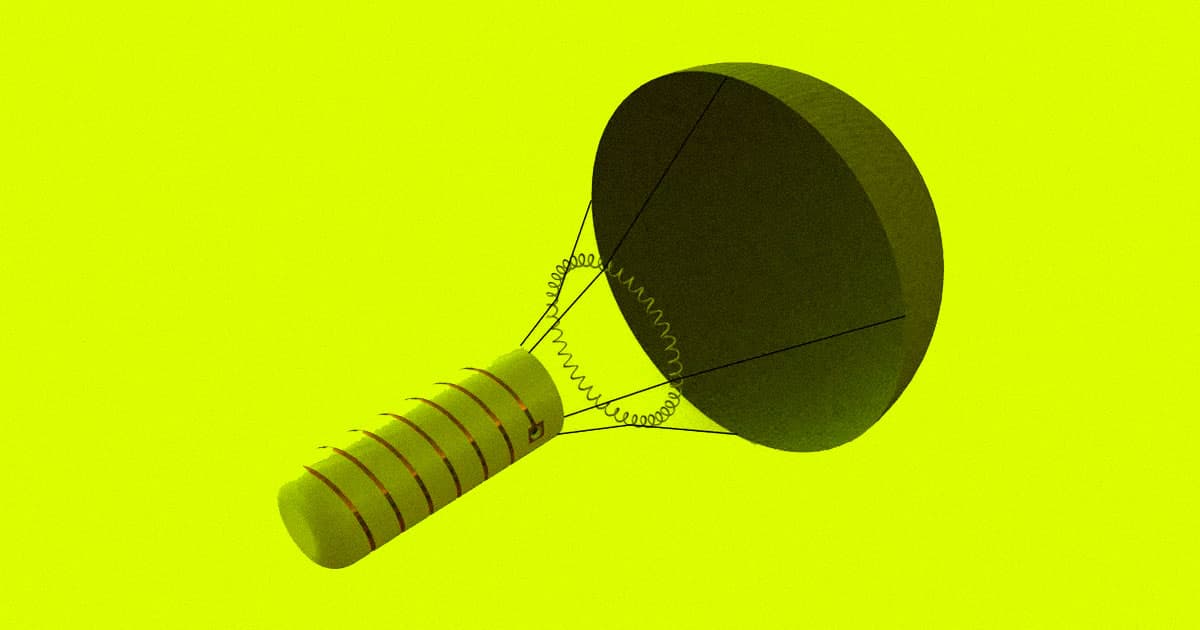 "If it hits the head there is a risk of serious injury or death."

"If it hits the head there is a risk of serious injury or death."

The U.S. Marine Corps is testing a brand new, less-than-lethal weapon called SPECTER (Small arms Pulsed Electronic Tetanization at Extended Range) that can electrocute the target from 100 feet away, New Scientist reports. For a comparison, a current-gen Taser has a range of about 26 feet.

The projectile can be fired from any 12-gauge shotgun and is being developed by Colorado-based tech research company Harkind Dynamics, with funding from the US Department of Defense.

To avoid the inevitable and dangerous impacts of a projectile being fired from a shotgun, Harkind Dynamics added a tiny parachute that deploys right before hitting the target. According to the company, the parachute halves the speed of the projectile.

Within a meter of the target, SPECTER shoots out three electrode darts. The darts are sharp enough to get through clothes and can also keep shocking the target if it senses movement.

Less-than-lethal weapon systems have been in the news recently after several American protesters suffered serious eye injuries, in some instances permanent, caused by rubber bullets shot by police during the ongoing Black Lives Matter protests.

It's still unclear if the new weapon can ensure the safety of its target. Experts already have doubts.

"If the parachute did not deploy, then you have the danger of direct impact with blunt trauma and possible penetration," a spokesperson for the Omega Research Foundation, a UK-based security tech monitor, told New Scientist.

"If it hits the head there is a risk of serious injury or death," they added.

More on tasers: This Futuristic Non-Lethal Weapon Will Electrocute Your Enemies