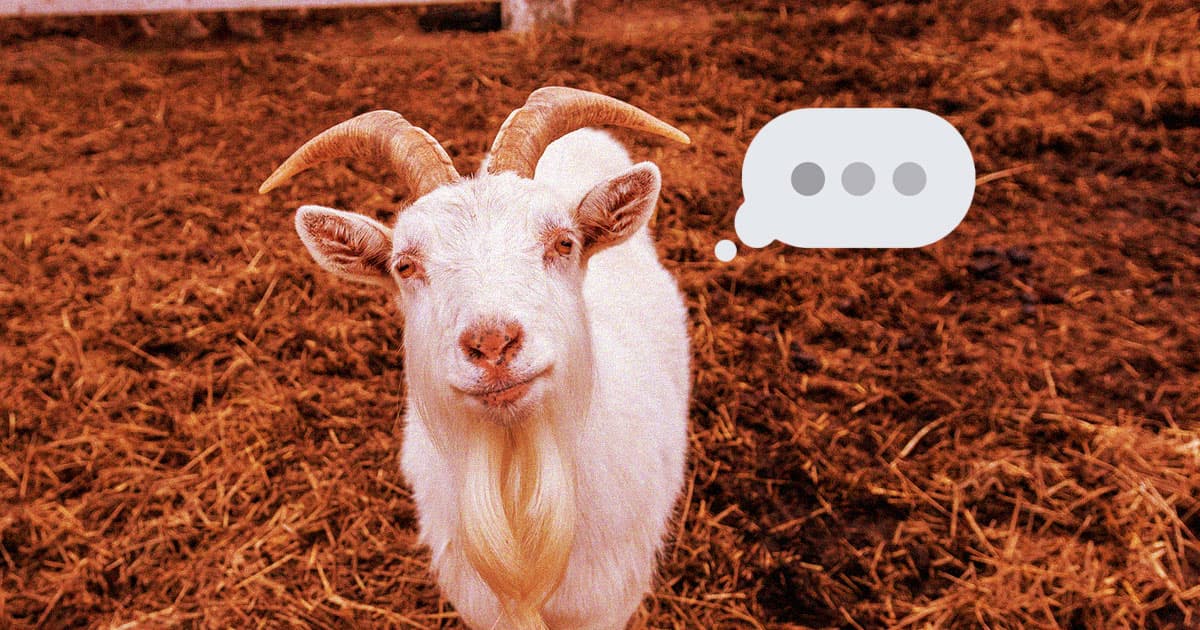 Ambitious Researchers Want to Use AI to Talk to All Animals

A group of researchers are looking to use machine learning to translate animal "languages" into something humans can understand — and they want to apply it to the whole animal kingdom, a highly ambitious plan to say the least.

As The Guardian reports, California-based nonprofit Earth Species Project (ESP) — which was founded in 2017 with the help of Silicon Valley investors like LinkedIn cofounder Reid Hoffman — plans to first decode animal communication via machine learning, and then make its findings available to all.

ESP co-founder and president Aza Raskin says that the group, which published its first paper in December 2021, doesn't discriminate and is looking to help humans communicate with, or at least understand, as many species as possible.

"We’re species agnostic," Raskin told The Guardian, adding that the translation algorithms the ESP is developing are designed to "work across all of biology, from worms to whales.”

In the interview, Raskin likened the group's ambitions to "going to the Moon," especially given that, like humans, animals also have various forms of non-verbal communication, like bees doing a special "wiggle dance" to indicate to each other that they should land on a specific flower.

Despite the seemingly insurmountable challenges the group is facing, the project has made at least some progress, including an experimental algorithm that can purportedly detect which individual in a noisy group of animals is "speaking."

A second algorithm reportedly can generate mimicked animal calls to "talk" directly to them.

"It is having the AI speak the language," Raskin told The Guardian, "even though we don’t know what it means yet."

While there are certainly exciting implications to this kind of research, particularly when it comes to conservation and convincing skeptics that animals are worth saving, Raskin admits that AI likely won't be the only answer to saving them.

"These are the tools that let us take off the human glasses," he concluded, "and understand entire communication systems."

READ MORE: Can artificial intelligence really help us talk to the animals? [The Guardian]

It's The Little Things
Lazy Scientists Botching Research With Machine Learning They Don't Understand
4:45 PM
Read More
It's Alive
Analysis: No, AI Isn't Sentient, You Absolute Morons
Tuesday
Read More
My Picasso
OpenAI Says It's Fine to Sell Images Made With DALL-E 2
Jul 21
Read More
+Social+Newsletter
TopicsAbout UsContact Us
Copyright ©, Camden Media Inc All Rights Reserved. See our User Agreement, Privacy Policy and Data Use Policy. The material on this site may not be reproduced, distributed, transmitted, cached or otherwise used, except with prior written permission of Futurism. Fonts by Typekit and Monotype.