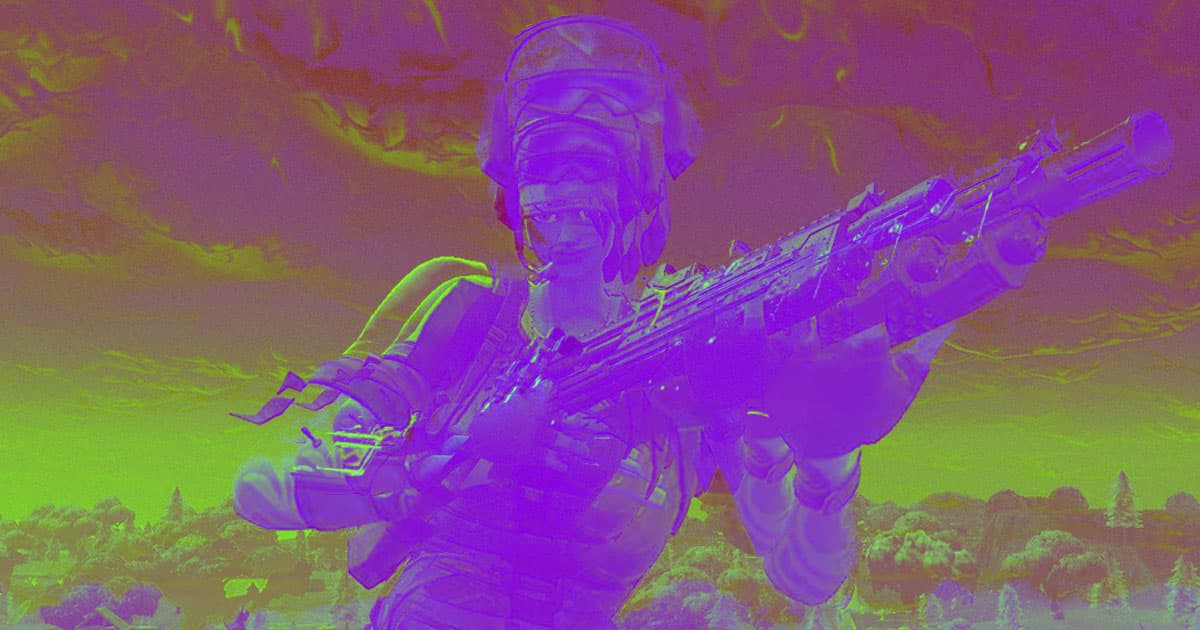 Lawsuit: "Fortnite" Is as Addictive as Cocaine, Ruins Lives

The suit claims players "don't eat or shower, and no longer socialize."

The suit claims players "don't eat or shower, and no longer socialize."

Hell of a Game

On Thursday, a Canadian law firm filed a notice requesting permission to launch a class-action lawsuit against Epic Games — makers of the incredibly popular video game "Fortnite" — on behalf of two parents in Quebec.

The reason the parents want to sue? They believe "Fortnite" is as "addictive as cocaine" — and that Epic intentionally made it that way to hook kids.

Canada's Global News reported on Friday that two parents reached out to Calex Legal separately because their sons had quickly become dependent on "Fortnite."

One parent claims in the filing that their 10-year-old son has been playing the game almost daily for months and becomes "very frustrated and angry" whenever the parent tries to limit his playing time.

The other parent says in the filing that their 15-year-old son "quickly developed an addiction to 'Fortnite.'"

The lawsuit goes on to note that some "Fortnite" players "don't eat or shower, and no longer socialize."

That "Fortnite" is addictive is just one part of the lawsuit — another alarming claim is the allegation that Epic Games wanted it to be addictive.

"Epic Games, when they created 'Fortnite,' for years and years, hired psychologists — they really dug into the human brain and they really made the effort to make it as addictive as possible," Calex Legal attorney Alessandra Esposito Chartrand told CBC. "They knowingly put on the market a very, very addictive game which was also geared toward youth."

An Epic Games spokesperson told USA Today that the company does not comment on ongoing litigation.

Elon Leaks
Here's The Wildest Elon Musk Texts That Were Just Released in Court
9. 30. 22
Read More
Dab Hit
Here's The Real Reason Why Fortnite Just Abandoned China
11. 15. 21
Read More
Beyond Disturbing
Former Content Moderators Sue Facebook for Giving Them PTSD
12. 5. 19
Read More
+Social+Newsletter
TopicsAbout UsContact Us
Copyright ©, Camden Media Inc All Rights Reserved. See our User Agreement, Privacy Policy and Data Use Policy. The material on this site may not be reproduced, distributed, transmitted, cached or otherwise used, except with prior written permission of Futurism. Articles may contain affiliate links which enable us to share in the revenue of any purchases made.
Fonts by Typekit and Monotype.