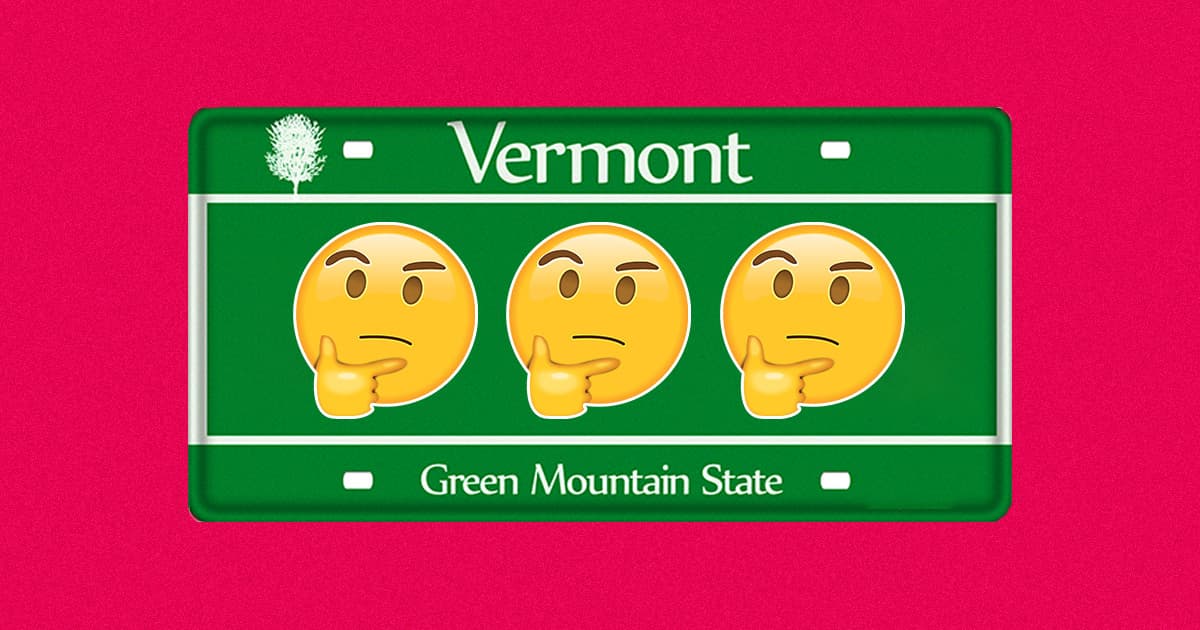 This Law Would Allow Emojis on License Plates

Vermont state representative Rebecca White has introduced a bill that would allow car owners in the state to use one of six emojis on their vanity license plates, according to local news station NBC5.

The emojis would be in addition to — not replacing — letters and numbers already assigned. That means law enforcement isn't going to have any trouble with distinguishing between, for instance, crying and laugh-crying faces during a hot pursuit.

It's still unclear what the six emojis drivers can chose from would be — but this writer suspects the maple leaf and ice cream cone emojis (Ben & Jerry's, anyone?) stand a chance of making the cut.

If passed, the bill could make Vermont the first US state to allow emojis on license plates.

But it wouldn't be the first in the world. Queensland, Australia passed legislation last year allowing emojis to be used on license plates. Drivers have to pay anywhere between $160 and $500 for the privilege.

Currently, the most expensive vanity plate in Vermont is the conservation series, at $26 a year, according to the Washington Times. Prices for potential emoji additions have not been revealed.

READ MORE: A Vermont bill would bring emoji license plates to the US [Engadget]

More on the topic: Australian License Plates Can Now Include Emoji