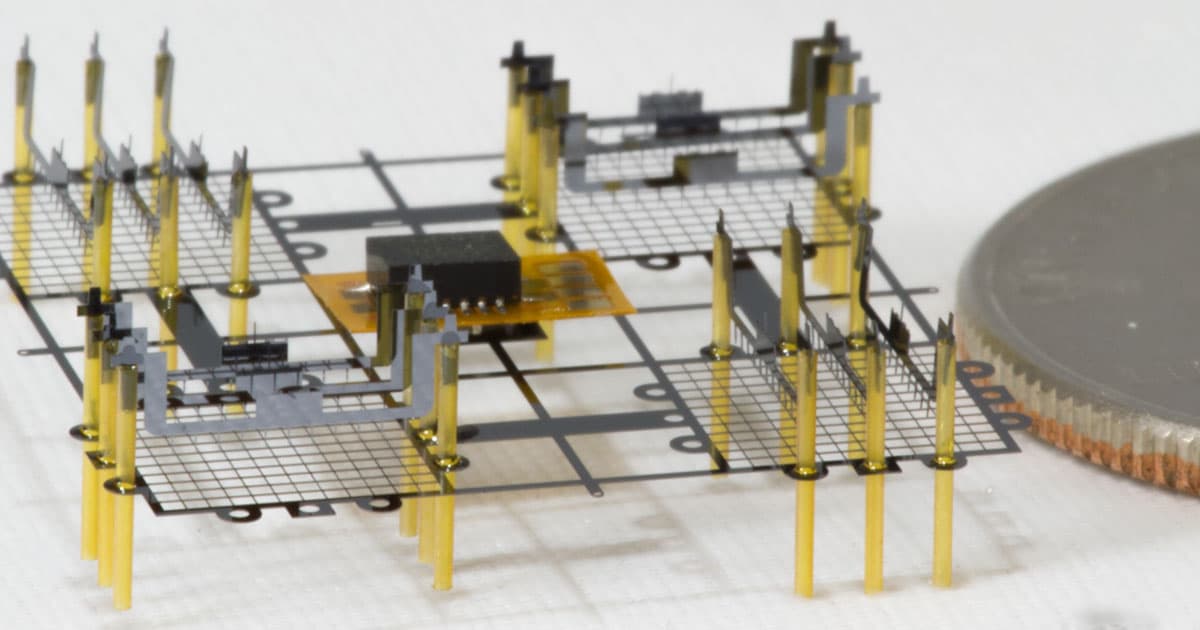 See the Tiny Flying Robots That Could One Day Explore Space

This robot doesn't need wings or even a motor to fly.

This robot doesn't need wings or even a motor to fly.

In 2017, we wrote about the ionocraft, a tiny robot that uses ion thrusters to hover silently, "like a UFO."

On Tuesday, IEEE Spectrum published an interview with one of the craft's creators, UC Berkeley's Daniel Drew. In it, he predicts it's just a matter of time before the bots become autonomous — and potentially begin exploring space for humanity.

The ion propulsion robot Berkeley showed off in 2017 was small enough to fit on the face of a penny. According to Drew, the team is now working on a larger model that's about .78 inches in diameter — approximately the width of a quarter.

Although current versions of the ionocraft must be tethered to a power source, Drew thinks that won't always be the case — and once they can fly freely, the tiny bots could have a variety of applications, including space exploration.

"If we move towards a model of robot swarms as future interstellar explorers (e.g. Starshot), then I think EHD would be an interested propulsion mechanism," he told IEEE Spectrum. "It’s relatively simple to incorporate on chip and, maybe combined with some clever physical structures, could help with wide area dispersal even in the absence of full autonomy."

More on ionocrafts: The Same Tech Propelling Satellites in Space Could Power Tiny Robots on Earth