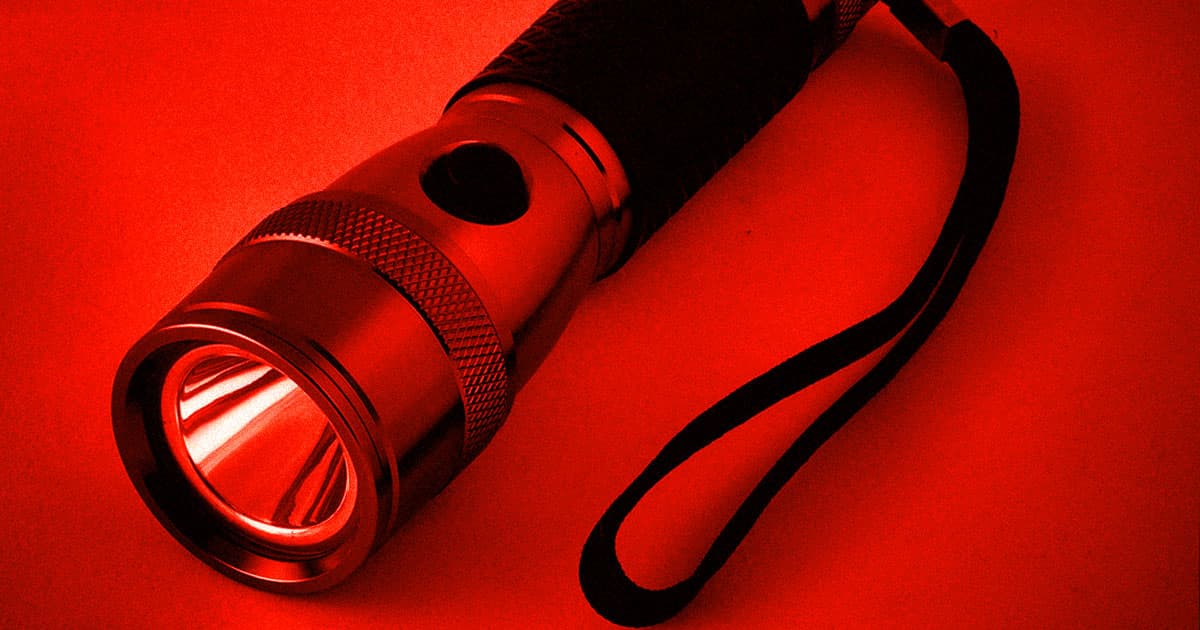 Stare Into My Light

We could "recharge" our eyes' batteries by staring into a modified flashlight for three minutes a day.

We could "recharge" our eyes' batteries by staring into a modified flashlight for three minutes a day.

According to a study about the research published in the Journals of Gerontology, cellular function declines with age due to lower densities of mitochondria in the retina's photoreceptor cells. Mitochondria are — as you may have learned in school — the powerhouse of the cell, producing energy and boost cell function. Photoreceptor cells are particularly power hungry — but after being exposed to near-infrared light with a wavelength of 670 nanometers, their performance improved, along with study subjects' eyesight.

"The technology is simple and very safe, using a deep red light of a specific wavelength, that is absorbed by mitochondria in the retina that supply energy for cellular function," Glen Jeffery, professor at the UCL Institute of Ophthalmology and lead author of the study, said in a statement.

For the study, 12 male and 12 female participants between the ages of 28 and 72 had the sensitivity of their eyes checked. They were then asked to stare into a small LED flashlight for three minutes a day over two weeks, a process  Jefferey likened to "re-charging a battery."

Participants' ability to detect colors improved 20 percent among some of those 40 and older. Low light sensitivity improved significantly in the same group as well.

More on eyesight: This Bionic Eye Is Better Than a Real One, Scientists Say

Brands We Love
The Danger of Blue Light Is Real. Protect Your Eyes With Blue Light Glasses.
7. 28. 20
Read More
Worms Without Eyes Can Sense Light 100 Times Better Than Humans
11. 18. 16
Read More
Stem Ware
Scientists Discover World's Oldest Preserved Vertebrate Brain
Yesterday
Read More
+Social+Newsletter
TopicsAbout UsContact Us
Copyright ©, Camden Media Inc All Rights Reserved. See our User Agreement, Privacy Policy and Data Use Policy. The material on this site may not be reproduced, distributed, transmitted, cached or otherwise used, except with prior written permission of Futurism. Articles may contain affiliate links which enable us to share in the revenue of any purchases made.
Fonts by Typekit and Monotype.