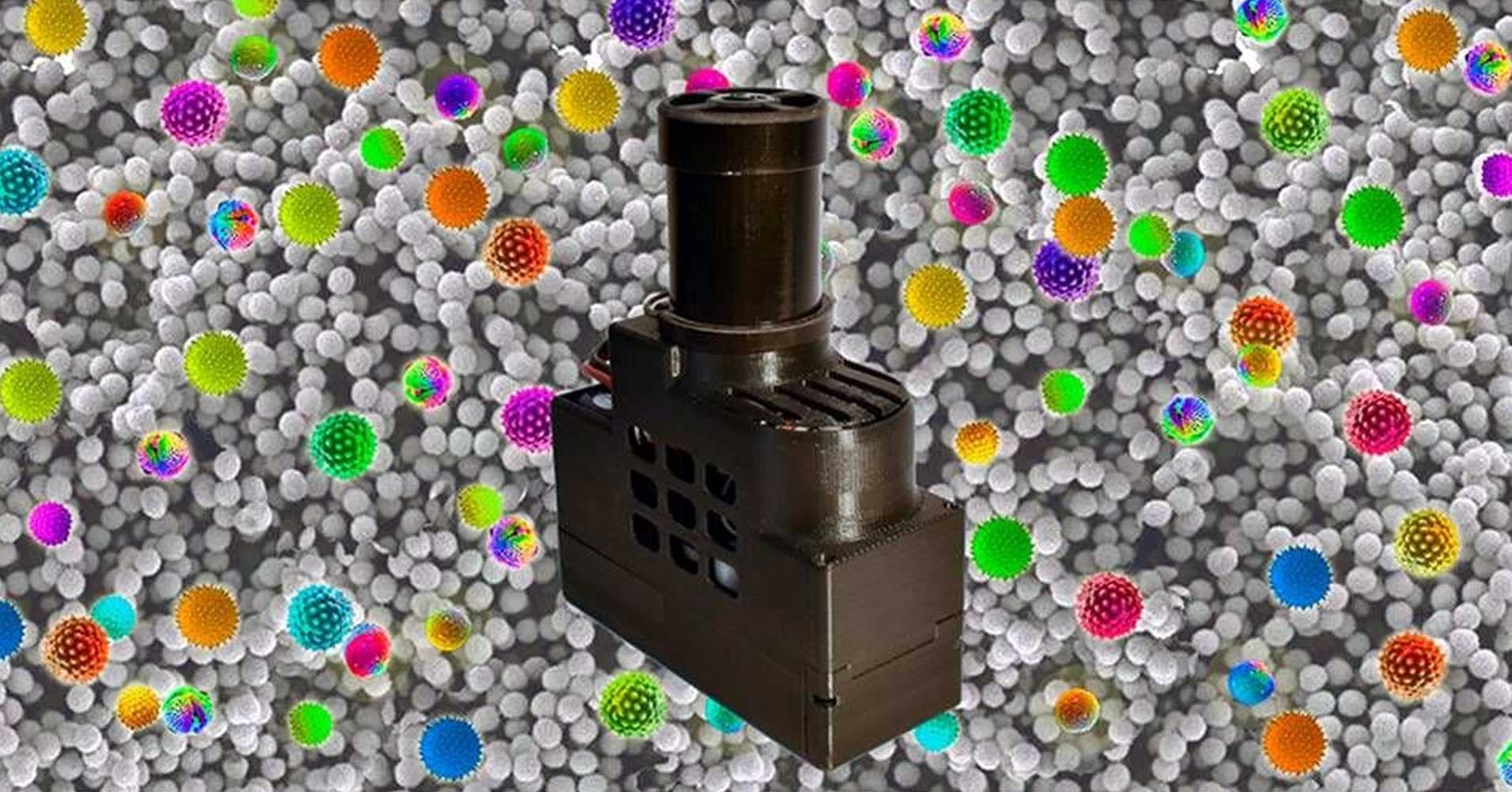 This Gadget Tells You Exactly What Allergens You're Inhaling

Every minute you're outside, you're likely inhaling hundreds of "bioaerosols" — pollens, spores, microbes, and other tiny objects that can cause allergic reactions.

Today's best method for measuring that allergen load is decidedly low-tech — researchers catch bioaerosols in filters or spore traps and study them under a microscope to identify each one. But a new gadget, hacked together by UCLA researchers, uses machine learning to dramatically speed up that process. Eventually, it might even give you a better sense of the air you're breathing.

The UCLA researchers describe their device, which they built for less than $200 in parts, in a new paper published in the journal ACS Photonics.

Basically, the apparatus catches bioaerosols on a sticky surface and scans them with a laser and a small sensor. Then it feeds the resulting image into a neural network trained to recognize common allergens such as oak, ragweed pollen, and certain mold spores. Finally, it tells you exactly what's making you sneeze.

Though promising, the UCLA prototype isn't quite ready for action. Its algorithm can only recognize five allergens, and its accuracy is a good-not-great 94 percent.

But incremental improvements could result in a compelling gadget that would let you analyze the air around you — and maybe decide whether it's time to pop an antihistamine.

More on allergies: The FDA Has Approved a Faster Way to Check for Allergies

Shooting Feet
After Saying He Wanted an Open Algorithm, Elon Musk Just Fired the Twitter Team Responsible for Doing Just That
Nov 4
Read More
For Shame
Rent Too Damn High? Blame YieldStar, a Secret Algorithm from Housing Hell
Oct 17
Read More
Leader Lars
New European Political Party Is Led by an Artificial Intelligence
Oct 16
Read More
+Social+Newsletter
TopicsAbout UsContact Us
Copyright ©, Camden Media Inc All Rights Reserved. See our User Agreement, Privacy Policy and Data Use Policy. The material on this site may not be reproduced, distributed, transmitted, cached or otherwise used, except with prior written permission of Futurism. Articles may contain affiliate links which enable us to share in the revenue of any purchases made.
Fonts by Typekit and Monotype.