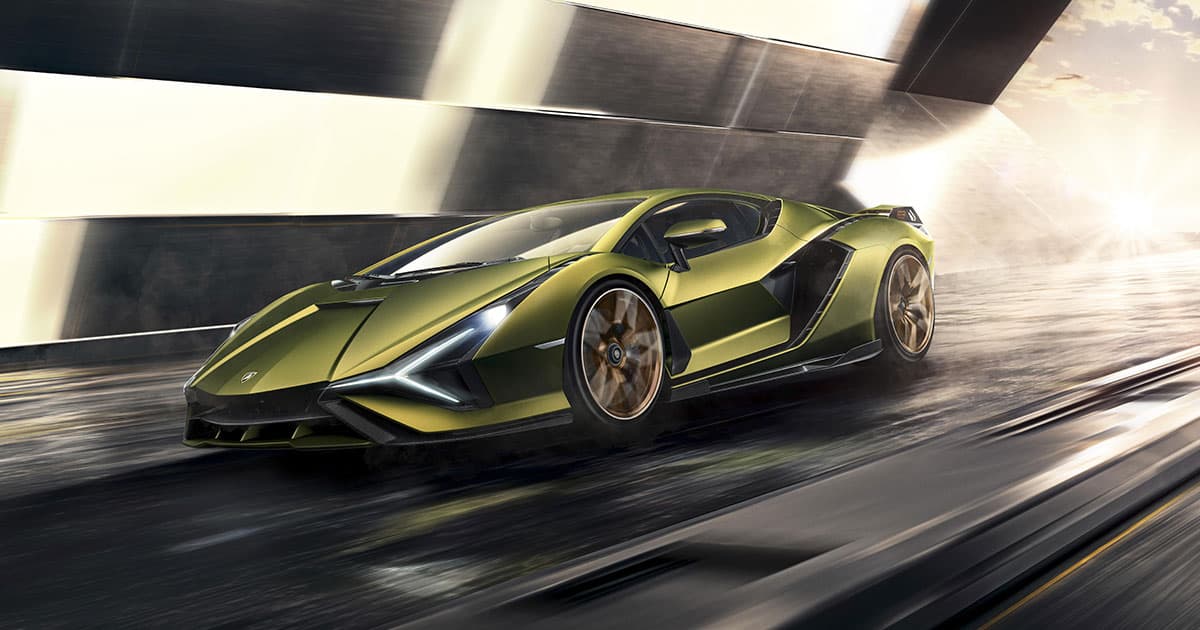 This extremely rare $3.6 million hypercar is definitely not a Prius.

This extremely rare $3.6 million hypercar is definitely not a Prius.

Italian sports car maker Lamborghini just revealed the Sián, its first ever hybrid. But this isn’t a Prius — far from it.

Not only does the Sián house a 785 horsepower V12 engine, but it bolts from zero to 62 mph in just 2.8 seconds thanks to an additional 34 horsepower electric motor.

And its top speed is nothing to scoff at either, at a blistering 350 km/h (217 mph). Lamborghini claims it’s the lowest weight-to-power ratio in any V12 Lamborghini ever.

What really makes Lamborghini’s answer to Porsche’s upcoming Taycan stand out in the crowd are its supercapacitors — what the brand is claiming to be “the world-first application of a supercapacitor for hybridization and new materials technology” according to a press release. According to Lamborhini, the new tech is three times more powerful than the lithium-ion batteries found in conventional electric cars.

That also means the Sián can completely recharge its hybrid electric motor each time you hit the brakes — not that you would do that very often while hurtling your new Lambo around a track.

More on hypercars: This Road-Legal Electric “Hypercar” Is as Fast as a Bullet