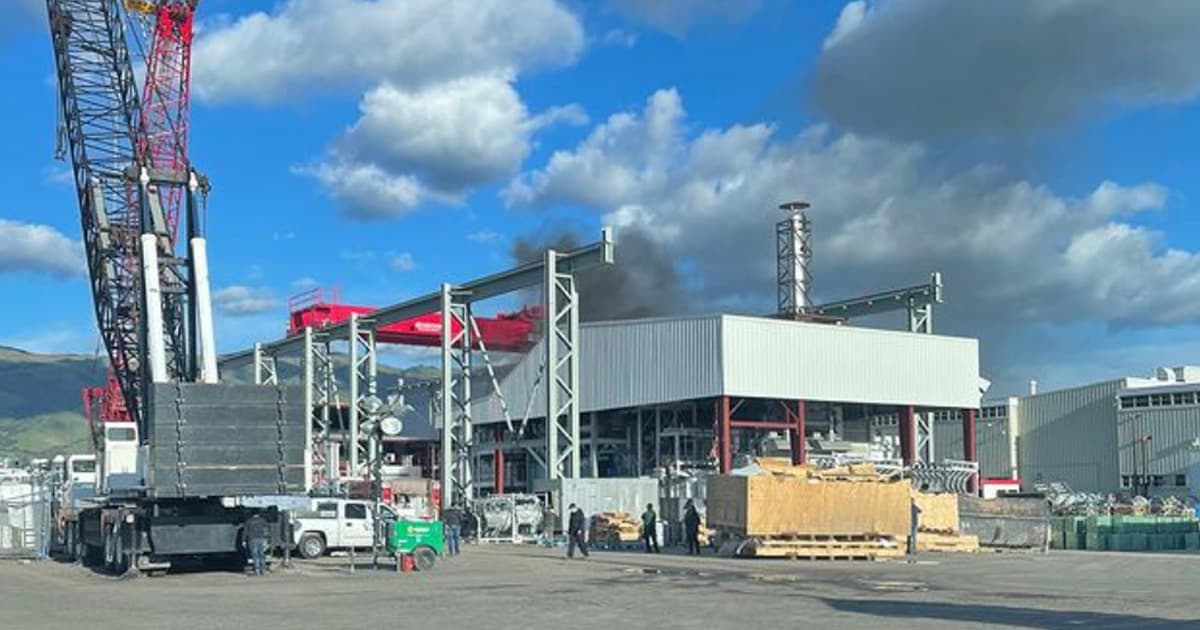 "The cause of the fire is molten aluminum and hydraulic fluid."

"The cause of the fire is molten aluminum and hydraulic fluid."

Bad news for Tesla: the carmaker's massive metal stamping machine, perhaps the largest machine of its kind in the world according to Electrek, caught on fire yesterday at the company's factory in Fremont, California.

The incident is almost certain to slow down production of the Model Y, a vehicle that features one massive piece, rather than 70 different ones, acting as a rear underbody.

The machine, dubbed the Giga Press, is capable of stamping those enormous pieces of aluminum with a clamping force of 55,000 to 61,000 kilonewtons, the equivalent of roughly 6,000 tons of force.

Firefighters are responding to a fire at the Tesla Fremont Factory https://t.co/jZI5JZrXnV

A picture uploaded to Instagram by the Fremont police department shows dark smoke billowing from the factory's roof.

"Located in an area of the factory property that is under construction, the deep-seated fire was contained to a vehicle manufacturing stamping machine," the caption reads.

It's bound to be a setback for the electric carmaker.

It's also not the first piece of machinery to give the company trouble. In 2018, Tesla CEO Elon Musk said that "we went too far in the automation front and automated some pretty silly things," complaining about robots that were overcomplicating the manufacturing process.