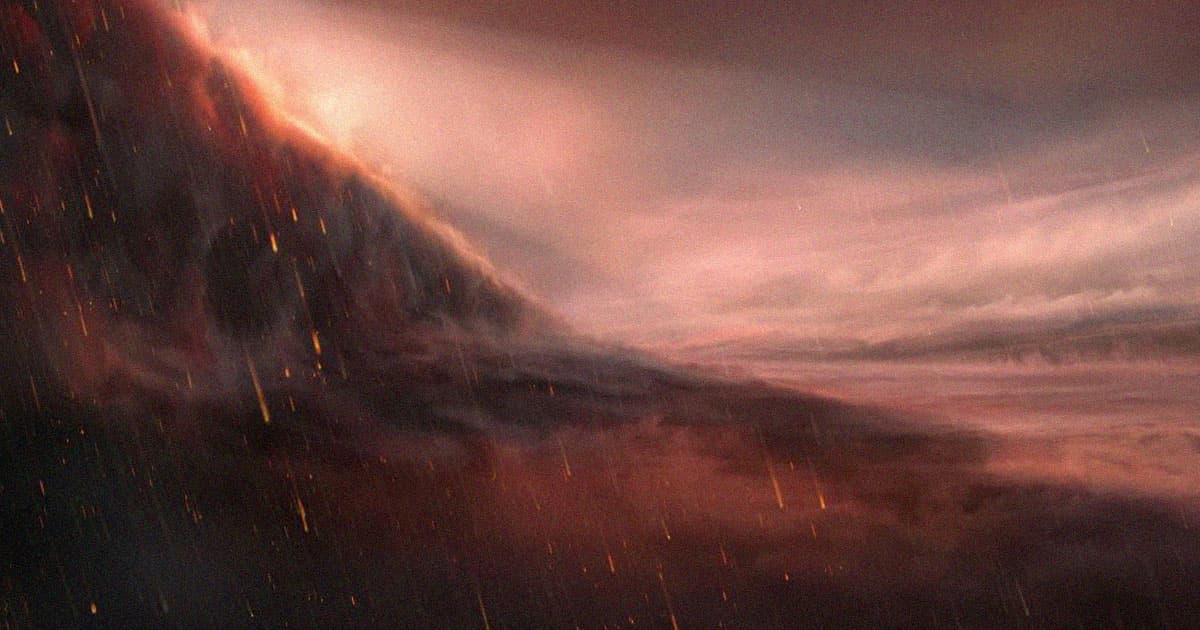 They weren't expecting that.

They weren't expecting that.

Astronomers using the European Southern Observatory's Very Large Telescope were surprised to discover barium in the atmospheres of two exo-planets, making it the heaviest element yet to be found in an exoplanet's atmosphere.

The planets, designated WASP-76b and WASP-121b, are what's known as Hot Jupiters — or ultra-hot, in this case — since they're gas giants comparable in size to the original Jupiter here in our solar system.

According to a paper about the work, published this week in the journal Astronomy & Astrophysics, equilibrium temperatures on both worlds rise to nearly 4,000 degrees Fahrenheit. The planets are close enough to their system's star that they only have an orbit of two days. Because of that proximity, it's so scaldingly hot that the researchers believe it rains liquid iron and precious gems on 76b, while the clouds are thought to be made of metal on 121b.

The astronomers made the discovery almost by accident and had to double check that their findings were actually coming from the planets, according to a press release.

To detect and then confirm the presence of barium, the team used the Echelle Spectrograph for Rocky Exoplanets and Stable Spectroscopic Observations, or ESPRESSO, a so-called "planet hunter" instrument aboard the VLT.

As exotic as the exoplanets may be, it doesn't explain what an element as heavy as barium — which is 2.5 times heavier than iron — is doing in their atmospheres.

"Given the high gravity of the planets, we would expect heavy elements like barium to quickly fall into the lower layers of the atmosphere," said paper co-author Olivier Demangeon, a researcher from the University of Porto and the Institute of Astrophysics and Space Sciences, in the release.

"At the moment, we are not sure what the mechanisms are," Demangeon conceded.

It's a stunning discovery, not to mention one that demonstrates how much more we have to learn about these fascinating alien worlds.