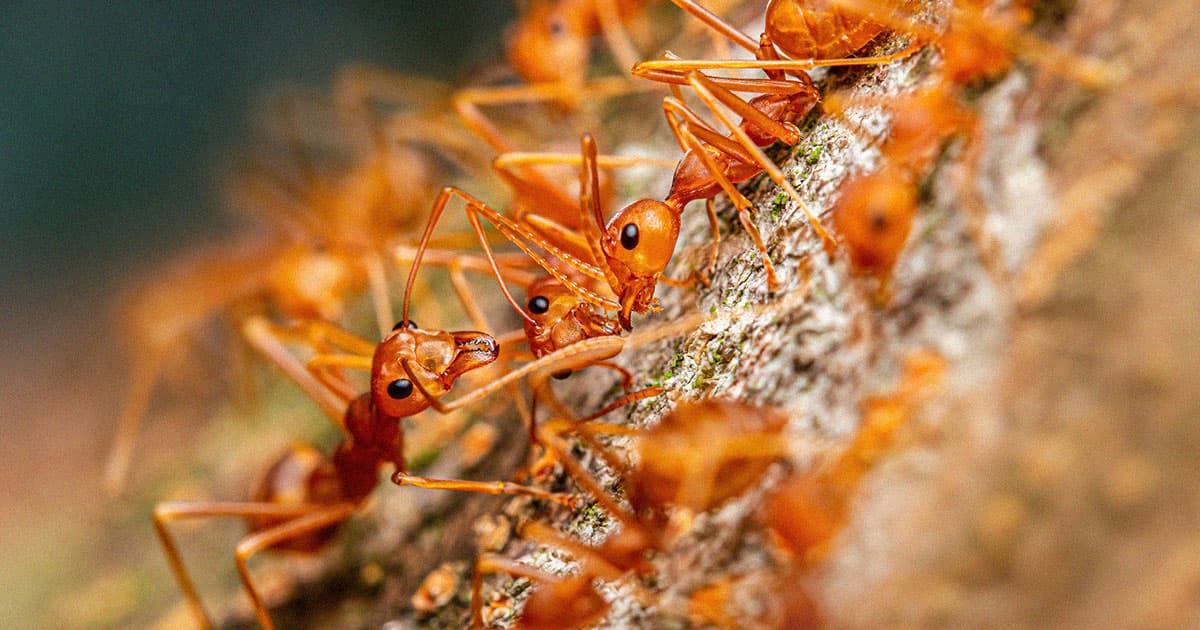 "They’re changing the way of life for our residents here in Hawaii."

"They’re changing the way of life for our residents here in Hawaii."

Hawaii has a big problem: little fire ants that have begun quite literally raining down on people and stinging them — and it's reportedly changing life on the islands as residents know it.

In interviews with SFGate, Hawaiian officials described infestation scenes straight out of a horror flick, replete with people being bitten in their beds while sleeping, causing painful welts that can last for weeks.

"They’re changing the way of life for our residents here in Hawaii," Heather Forester of the University of Hawai'i's Hawaii Ant Lab told the Gate. "You used to be able to go out hiking and go to the beach. They can rain down on people and sting them."

"In heavily infested areas, the ants can actually move into people’s homes," she continued. "We have a lot of reports of them stinging people while they sleep in their beds."

While little fire ants have been detected on the islands since 1999, this latest infestation – which has hit the island of Kauai the hardest — is reportedly the largest Hawaii's ever seen.

It's gotten so bad there that the Kauai Invasive Species Committee (KISC) has executed a huge public service announcement campaign to alert residents about help they can receive to detect or deal with these minuscule monsters, including home testing kits to detect them before they invade their houses.

This latest infestation, the Gate notes, appears to have begun on private property and spilled over a cliff and into a lush valley near the Wailua River that provides the ants with the opportunity to float downriver and create colonies elsewhere.

So far, it's unclear if the ants have gotten to the river — but when and if they do, it'll only get worse, officials say.

"That would infest the entire state park," KISC's Haylin Chock told the website. "If they are at that point, they can start climbing trees. It’s like a paradise for them. If that happens, how are we supposed to know where they are?"

The whole situation is taking the tenor of a plague, which the islands certainly don't need after being unduly impacted by the COVID-19 pandemic.

More buggies: These Dancing Bugs Are Straight Out of a Miyazaki Film

Scientists Say "Ecological Armageddon" is Imminent Due to Massive Insect Deaths
10. 20. 17
Read More
Blazing a Trail: Hawaii Becomes the First U.S. State to Commit to the Paris Climate Accords
6. 8. 17
Read More
Powered by the Wave: Tidal Wave Energy Generation Becomes a Reality in U.S.
9. 21. 16
Read More
+Social+Newsletter
TopicsAbout UsContact Us
Copyright ©, Camden Media Inc All Rights Reserved. See our User Agreement, Privacy Policy and Data Use Policy. The material on this site may not be reproduced, distributed, transmitted, cached or otherwise used, except with prior written permission of Futurism. Articles may contain affiliate links which enable us to share in the revenue of any purchases made.
Fonts by Typekit and Monotype.