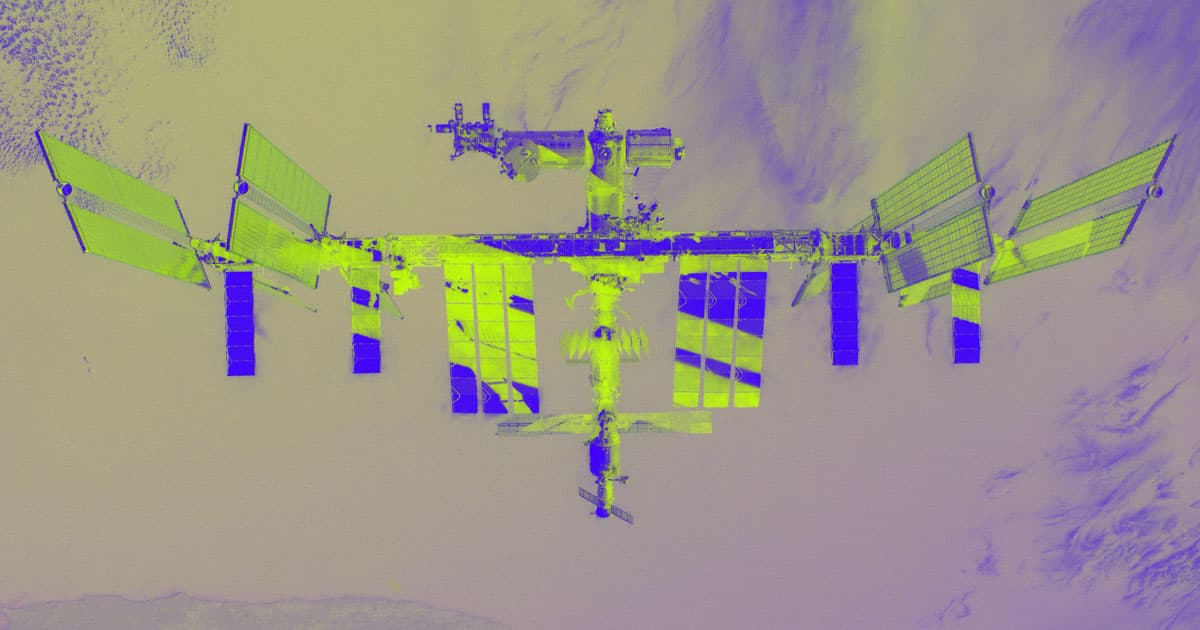 It's No King Lear, But

This Guy Took a Photo of the ISS from His Backyard

Yes: The ISS, just cheesin' it up for some guy in his backyard. What a world.

Yes: The ISS, just cheesin' it up for some guy in his backyard. What a world.

A sharpshooter on Reddit posted a pretty incredible snapshot to the Space subreddit over the weekend: The International Space Station, as seen from his backyard on Saturday night.

The user, who goes by 120decibel, explained that he nabbed the shot using what sounds like a relatively expensive telescoping rig (upwards of $7,000, according to another user's estimate), and manually tracked the ISS in the night sky with a viewfinder (as it moves a a pretty fast clip — at about 17,500 MPH).

You might not have a $7,000 telescoping rig and enough experience to nail thing thing in a viewfinder tonight, but according to another user on the same post, it's not impossible to see it with the naked eye, explaining that it "looks like a bright star about 30 degrees above the horizon that crosses about a quarter of the sky" and lasts for two minutes.

They go on: "It can very easily be missed or mistaken for a plane. Good passes can be brighter than... any other planet or star in the night sky and just barely below the limit to see during the day."

If you want to give it a shot yourself, they pointed us to Heavens Above, where you can find a list of visible ISS passes for the next few weeks, here.