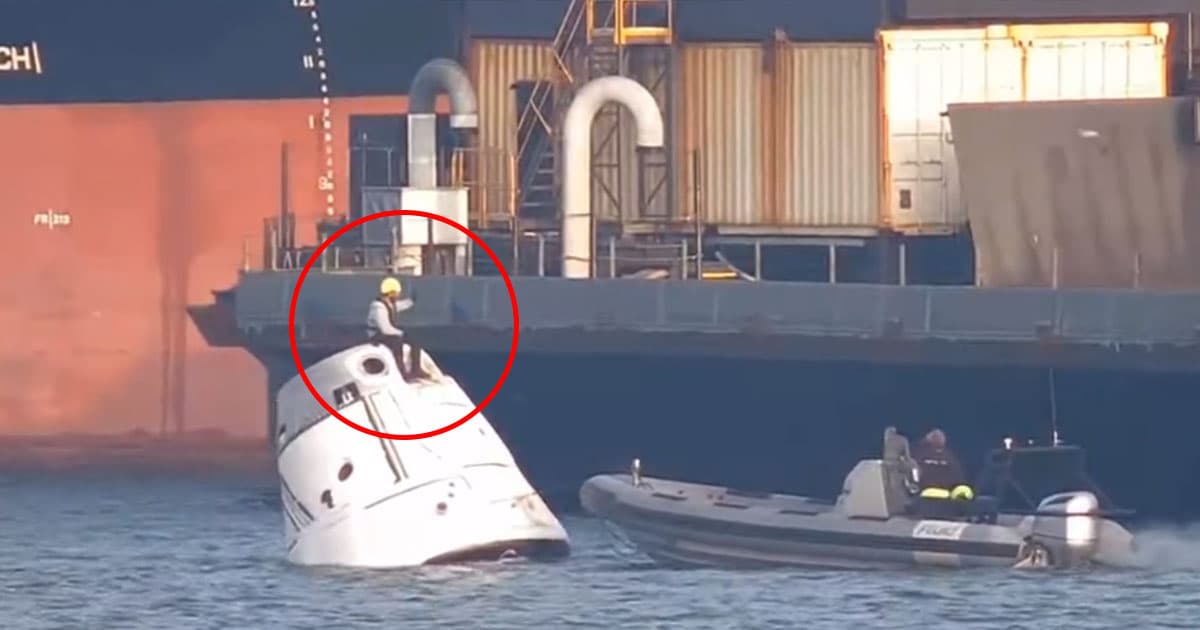 How to train your Dragon.

How to train your Dragon.

A person was spotted riding on top of what appears to be a SpaceX Dragon capsule as it bobbed in the water while being towed off the coast of Port Canaveral in Florida — and we have no idea why.

The footage, shared by NASASpaceFlight, shows an apparent SpaceX employee, wearing a hard hat and a life vest, casually hitching a ride on the vehicle.

It's unclear what the person was doing here or which capsule can be seen in the footage, especially given the fact that neither a Crew Dragon nor a Cargo Dragon capsule has splashed down in almost four months.

It's a compelling hypothesis. The return journey through the Earth's atmosphere leaves significant marks on the outside of Crew and Cargo Dragon capsules.

Back in 2017, SpaceX tested a full-size model of its Crew Dragon spacecraft in the water, investigating ways for first responders to rescue astronauts from the capsule.

But it's still unclear if the model is the same one as seen in the recently shared footage. Futurism has reached out to SpaceX for comment.

SpaceX's Dragon spacecraft have had a profound effect on the United States' space program.

The company's first and second generation Dragon spacecraft have allowed NASA to independently launch both astronauts and supplies into space over the last twelve years.

So far, SpaceX has completed over two dozen resupply missions to the International Space Station with its Dragon spacecraft, as well as eight crewed trips into space.