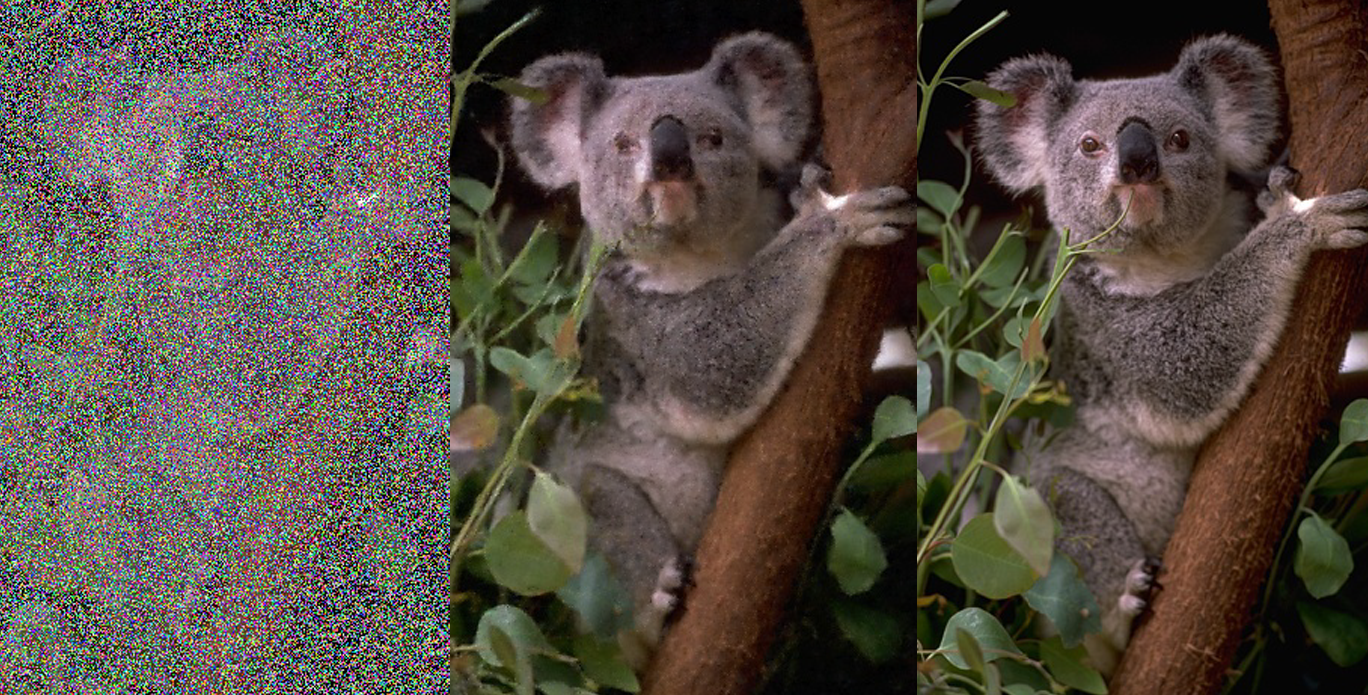 The Digest: AI Can Now Fix Your Grainy Photographs Without a “Clean” Reference

Low light is no problem for this AI.

Low light is no problem for this AI.

DON'T HIT DELETE JUST YET. Good news for amateur photographers everywhere: You might still be able to salvage all those grainy pics taking up space on your hard drive.

On July 9, researchers from NVIDIA, Aalto University, and MIT unveiled a new AI program that can effectively remove the noise from a photograph — those annoying pixels and specks that show up when you take a pic in low light. And it doesn't even need a "clean" reference image to make it happen.

The researchers plan to present their AI at the International Conference on Machine Learning in Stockholm, Sweden, this week.

TRAINED AND TESTED. To create their noise-filtering AI, the researchers started by adding noise to 50,000 pairs of clean images. The only difference between the two images in each pair was the pattern of noise added to them. The researchers then fed these pairs of grainy images to their AI, training it to remove the noise to reveal a cleaned-up version of the photo, one that looked almost identical to the image before the noise was added.

After training their AI, the researchers tested it using three sets of images to which they'd added noise. They found the system could de-noise the photos in milliseconds, producing a version just slightly softer-looking than the original before the researchers added noise.

SAY "CHEESE." This isn't the first example of an AI that can improve sub-par photographs. In May, researchers from Intel and the University of Illinois Urbana-Champlain unveiled an AI that could brighten images taken in low light. Those researchers also used pairs of images to train their system, but in that instance, one of the images had to be "clean." This new AI was trained to improve images without seeing any clean examples.

It's not yet clear when (or if) this software might become available to the general public. But when that day comes, the researchers believe it could be useful for a number of applications, from astronomy to medical imaging — and yes, even fixing those grainy photos cluttering your hard drive.

More on AI and photography: AI-Powered Google Clips Camera Decides When to Take a Photo so You Don’t Have To