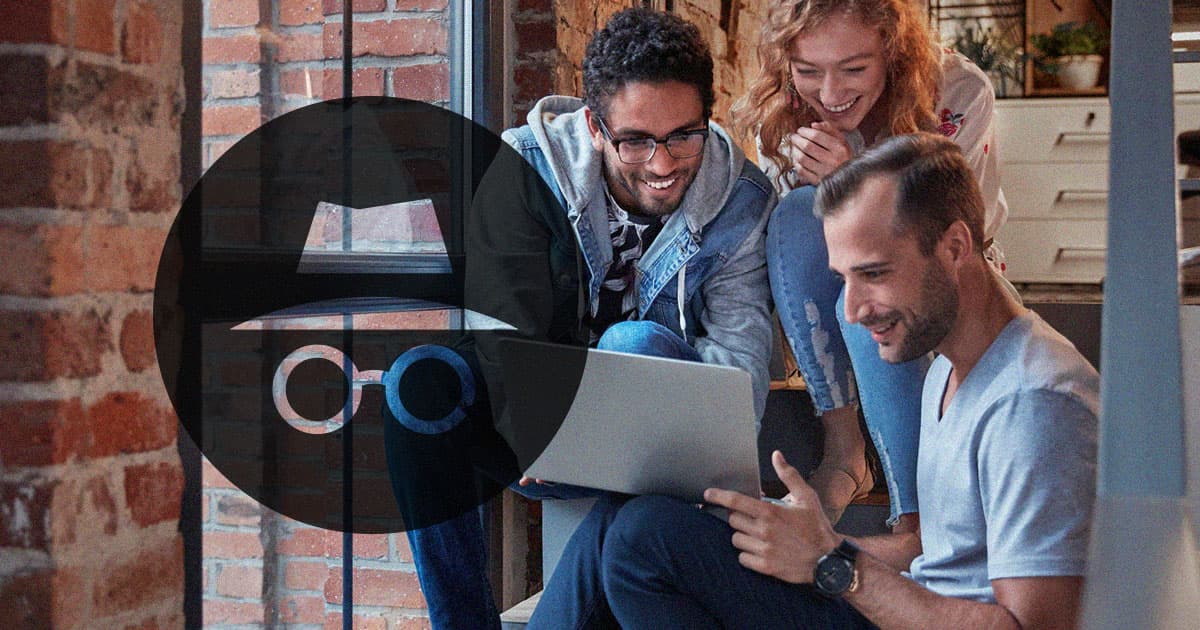 "We need to stop calling it Incognito and stop using a Spy Guy icon."

"We need to stop calling it Incognito and stop using a Spy Guy icon."

Google is at the center of an icky lawsuit, filed in May, that alleges the Silicon Valley giant misled the public about how much data it collects from users even when they're in its Chrome browser's "Incognito" private browsing mode. And while those allegations are concerning, one of the more eye-brow raising details to emerge from the lawsuit is the Google employees' potentially compromising jokes on the matter.

But what was also revealed in court was a very serious email from Google marketing chief Lorraine Twohill sent to CEO Sundar Pichai.

"Make Incognito Mode truly private," Twohill wrote in the email last year, as quoted by Bloomberg. "We are limited in how strongly we can market Incognito because it's not truly private, thus requiring really fuzzy, hedging language that is almost more damaging."

The email, along with plenty of others communications, were revealed in court documents from the pending trial. Many of them show that Google's engineering grunts thought the company's outward disposition on Incognito mode was suspect and misleading.

Sharing a study that demonstrated users misunderstood Incognito mode's limited privacy, one Chrome engineer wrote in a 2018 group chat to colleagues that "we need to stop calling it Incognito and stop using a Spy Guy icon," referring to Incognito mode's dorky icon that depicts the silhouette of a cartoon spy wearing sunglasses and a fedora.

Another engineer responded by linking to a wiki page of a character on "The Simpsons" called Guy Incognito, who looks exactly like Homer Simpson — if he was dressed in a bad disguise.

"Regardless of the name," the employee continued, "the Incognito icon should have always been [Guy Incognito]... which also accurately conveys the level of privacy it provides."

All told, yikes. That’s a pretty damning — and funny — insight into how much Google's own employees believed in the browsing mode's privacy, which is to say not a lot.

Google, in its defense, argues that it makes it clear to users that Incognito mode isn't fully private, and that its users have already consented to have their data tracked by the company. The trial doesn't have a date set yet, but it could potentially unveil what kind of data Google keeps in store from Incognito. It'll be fascinating to watch play out.

"Don't Be Evil"
Google Refuses to Pull Website Responsible for Scores of Suicides
12. 10. 21
Read More
Oh, Billy
Google Debuts Dystopic 3D Prison-Style Video Chat: Project Starline
5. 19. 21
Read More
Brands We Love
A Virtual Phone Number Lets You Connect With Anyone While Keeping Your Real Number Private
2. 15. 21
Read More
+Social+Newsletter
TopicsAbout UsContact Us
Copyright ©, Camden Media Inc All Rights Reserved. See our User Agreement, Privacy Policy and Data Use Policy. The material on this site may not be reproduced, distributed, transmitted, cached or otherwise used, except with prior written permission of Futurism. Articles may contain affiliate links which enable us to share in the revenue of any purchases made.
Fonts by Typekit and Monotype.