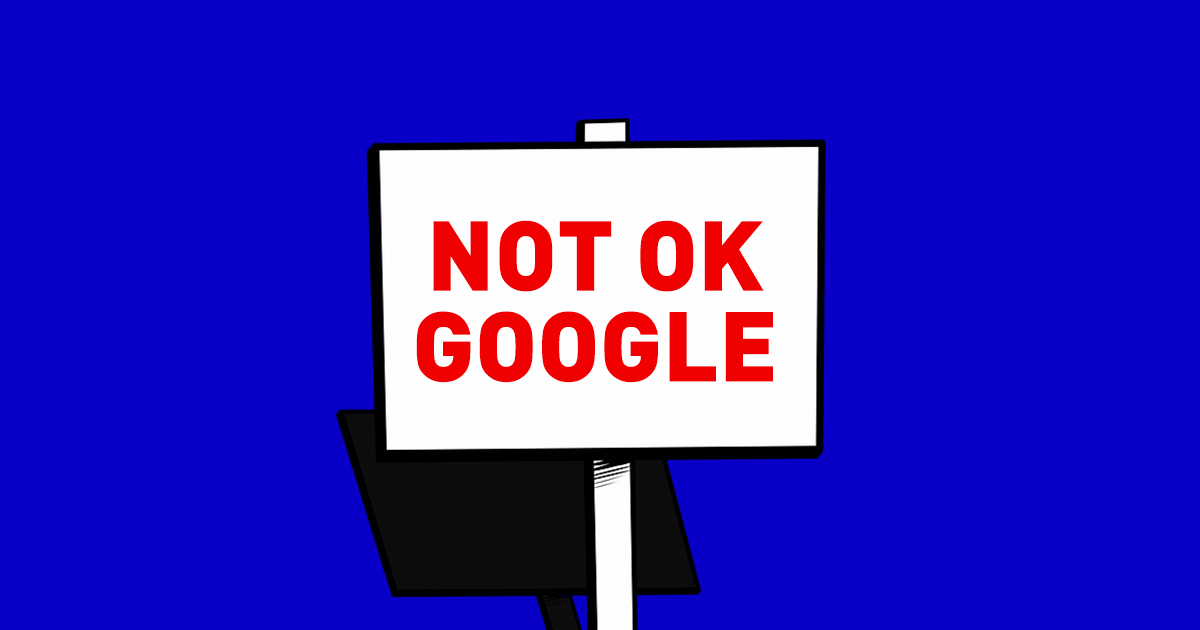 "From being told to go on sick leave when you're not sick, to having your reports taken away, we're sick of retaliation."

"From being told to go on sick leave when you're not sick, to having your reports taken away, we're sick of retaliation."

In November, an estimated 20,000 Google employees across the world staged a walkout to protest how the tech giant handles sexual misconduct.

Now, some employees are claiming they faced retaliation from Google — where "Don't Be Evil" used to be a company motto — for taking part in that walkout, leading the organizers of the event to announce a new protest, this one scheduled for 11am on Wednesday.

"From being told to go on sick leave when you're not sick, to having your reports taken away, we're sick of retaliation," reads a tweet shared by the organizers' Twitter account. "Six months ago, we walked out. This time, we're sitting in."

Google hadn't responded to Futurism's request for comment on the sit-in by press time. However, a company spokesperson issued a statement to TechCrunch.

"We prohibit retaliation in the workplace and publicly share our very clear policy," read the statement. "To make sure that no complaint raised goes unheard at Google, we give employees multiple channels to report concerns, including anonymously, and investigate all allegations of retaliation."

The Saga Continues
SpaceX President Defends Elon Musk Against Sexual Misconduct Claims
May 24
Read More
"Don't Be Evil"
Google Refuses to Pull Website Responsible for Scores of Suicides
12. 10. 21
Read More
Oh, Billy
Google Debuts Dystopic 3D Prison-Style Video Chat: Project Starline
5. 19. 21
Read More
+Social+Newsletter
TopicsAbout UsContact Us
Copyright ©, Camden Media Inc All Rights Reserved. See our User Agreement, Privacy Policy and Data Use Policy. The material on this site may not be reproduced, distributed, transmitted, cached or otherwise used, except with prior written permission of Futurism. Articles may contain affiliate links which enable us to share in the revenue of any purchases made.
Fonts by Typekit and Monotype.