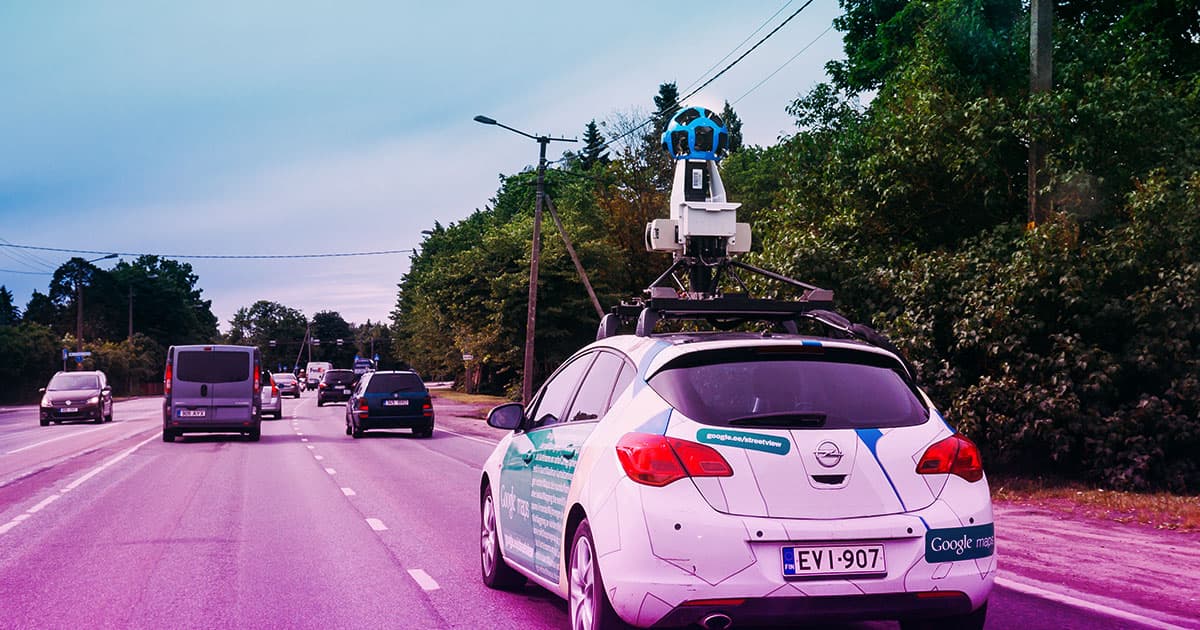 It used to be that while Google's "Street View" cars zipped around roads and took photos to add into Google Maps, they also gathered data from private WiFi networks as they drove.

Google just settled in a decade-old class-action lawsuit about the practice, according to Gizmodo. The search giant agreed to pay a minor $13 million fine — and to delete the treasure trove of information its cars gathered from unencrypted networks.

In a rejected defense argument, Google claimed that the wiretapping, which happened in over 30 countries between 2007 and 2010, was all a big accident, per Gizmodo.

But in 2013, a district court from northern California ruled against Google, which led to the new settlement. Court documents revealed that Google engineers deliberately wrote and deployed the code that intercepted the activity on those WiFi networks.

Combined with another suit, Google is only paying out $20 million for the surveillance, Gizmodo reports — a tiny sum for a Silicon Valley giant.

A small number of plaintiffs will split the cash along with several consumer protection organizations, so maybe at least we'll all find ourselves a little more secure down the road.

READ MORE: Here's Your Reminder That Google Has Always Been Evil [Gizmodo]

"Don't Be Evil"
Google Refuses to Pull Website Responsible for Scores of Suicides
12. 10. 21
Read More
Oh, Billy
Google Debuts Dystopic 3D Prison-Style Video Chat: Project Starline
5. 19. 21
Read More
Brands We Love
A Virtual Phone Number Lets You Connect With Anyone While Keeping Your Real Number Private
2. 15. 21
Read More
+Social+Newsletter
TopicsAbout UsContact Us
Copyright ©, Camden Media Inc All Rights Reserved. See our User Agreement, Privacy Policy and Data Use Policy. The material on this site may not be reproduced, distributed, transmitted, cached or otherwise used, except with prior written permission of Futurism. Fonts by Typekit and Monotype.