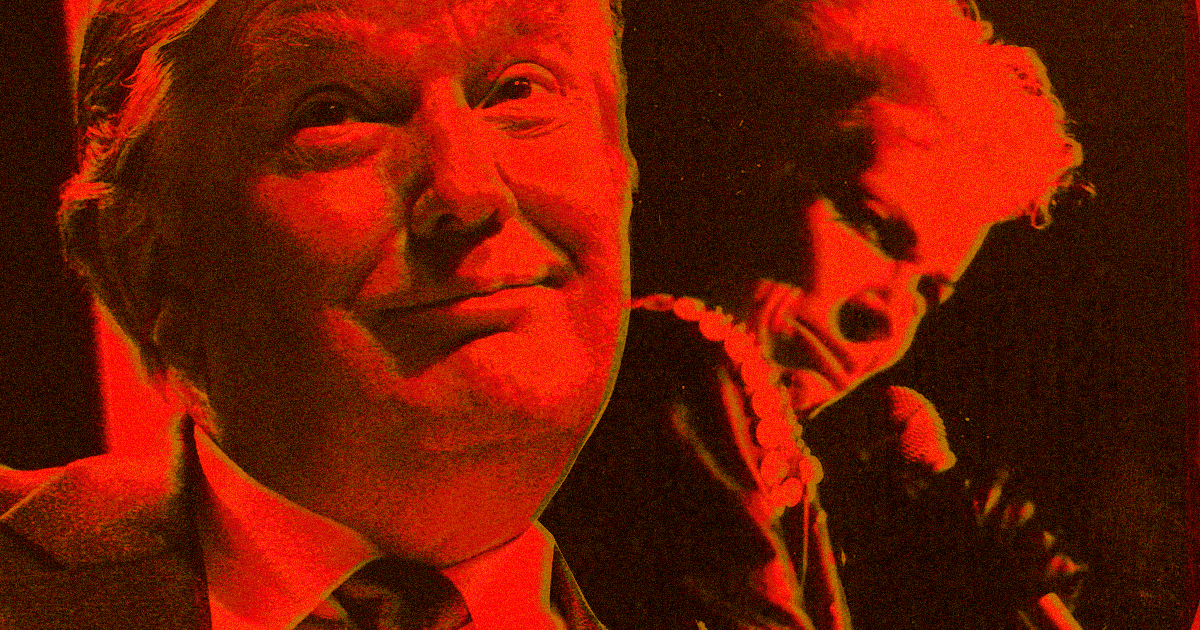 Top Of The Charts

Soon there'll be enough of these for a box set.

Soon there'll be enough of these for a box set.

Another AI-generated video of Trump singing karaoke has made its way to YouTube.

If you're a regular reader of Futurism, you may have spotted a previous video in which YouTuber "Coding Elite" used an AI algorithm built by Google engineers to make Trump sing Eminem's "Lose Yourself." Our article about the song received critical acclaim, such as one Facebook comment that read "I want my two minutes back."

Now Coding Elite is back, and now the neural net synthesized Trump's voice to make it sound like he's singing Eurythmics' "Sweet Dreams."

This time around, a video accompanies the song, where video footage of Trump is automatically altered by "Coding Elite" to make it look as though he's actually singing along.