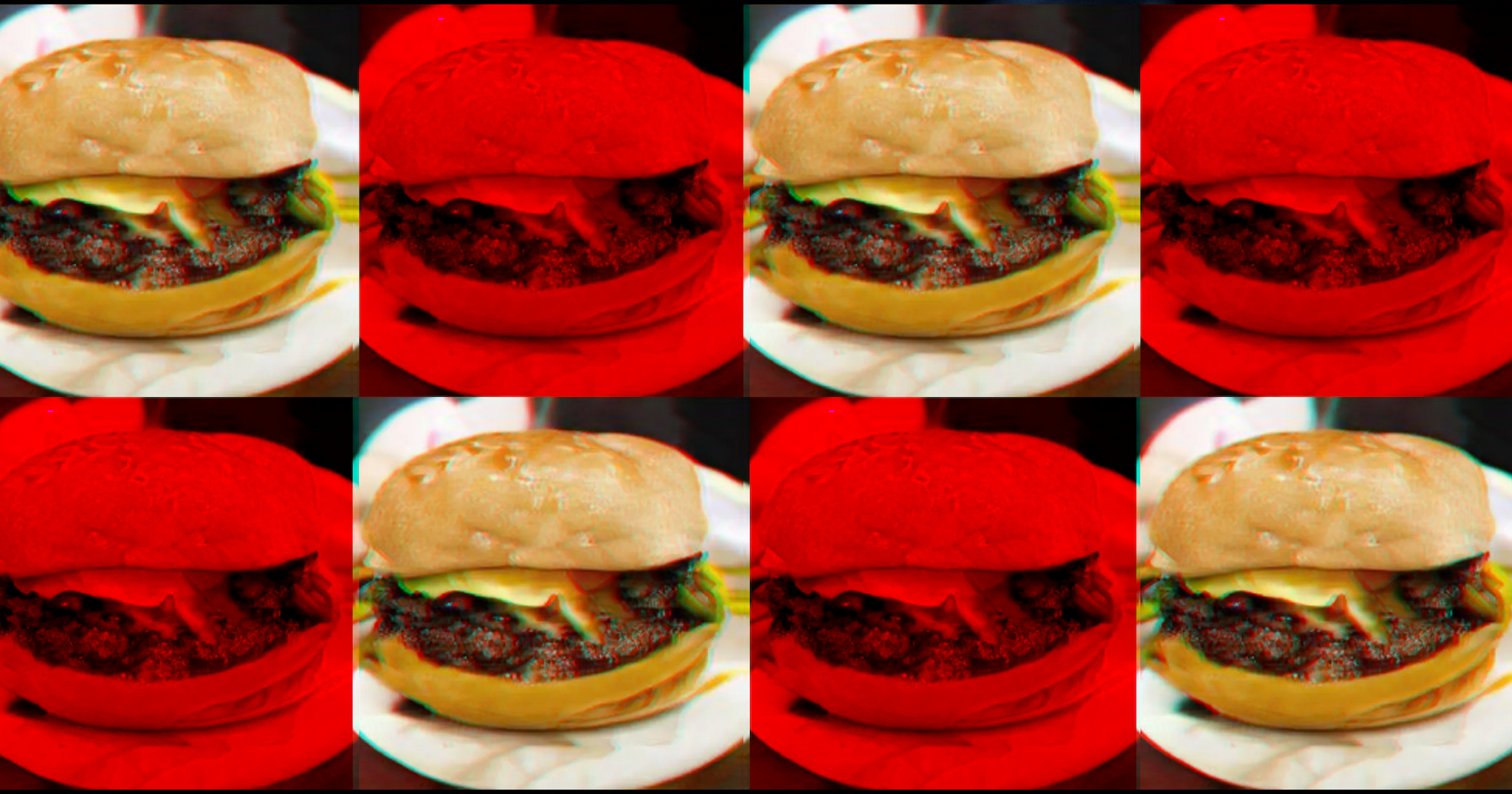 The singularity will be hot and juicy.

The singularity will be hot and juicy.

Artificial intelligence and human intelligence aren't the same, to be sure. But it seems we have one big thing in common: we spend our time fantasizing about dinner.

In a research paper published Friday in the preprint server arXiv, a team of AI researchers from Google DeepMind teamed up with a scientist from Heriot-Watt University to develop what they’re calling the largest, most advanced Generative Adversarial Network (GAN) ever. And to prove that it works better than any other, they had it create photorealistic images of landscapes, (very) good dogs and other animals, and of course some hot, juicy burgers.

Generative Adversarial Networks are one of the more sophisticated types of AI algorithms out there. In short, one network creates something — in this case an image — as realistically as possible. Meanwhile, another network checks its work against examples of the real deal. This back and forth makes the two networks gradually improve to the point where the latter system is really good at detecting AI-generated images but the other is still able to fool it.

GANs are generally used to create media, whether its a new level of a video game or 3D models. And though their ability to fool us and themselves presents a bit of a double-edged sword, their ability to discriminate algorithmic from human output can be used to find and fight misleading deepfakes.

This process is what allowed DeepMind’s burger-cooking GAN to go from creating, as Quartz reported, a weird, beefy blob in 2016 to what actually looks like an appetizing (albeit overcooked) slab of burg today.

Some argue that we need to move away from red meat, but AI isn’t ready to join us yet. While the burger-generating algorithm is in great shape, others aren’t quite there. For instance, the twists and turns of brass tubing that make up a French horn baffled the network. The butterfly image is just a little off, and any attempt to render a photo of a human results in a horrifying blob monster.

More on GANs: If DARPA Wants To Stop Deepfakes, They Should Talk To Facebook And Google