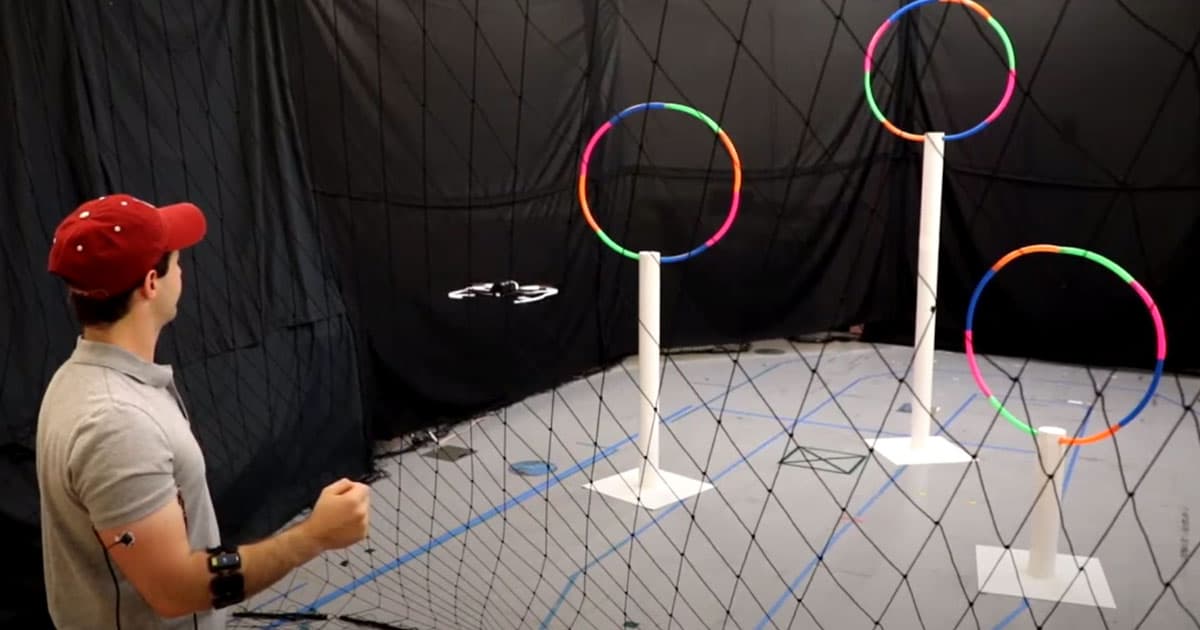 This System Lets You Fly a Drone With Arm Gestures

Researchers at MIT’s Computer Science and Artificial Intelligence Lab (CSAIL) have developed a Jedi-like mind control system that allows you to control a drone by just twisting and lifting your forearm.

A video uploaded by the CSAIL team shows off the system. The drone pilot is able to maneuver a small drone through a series of rings easily just by twisting, raising, and lowering his forearm thanks to a device strapped around his arm.

The goal is to make controlling the drone — and potentially other pieces of technology — as natural as possible by harnessing human intuition.

A paper published last month details the such a "plug-and-play gesture control" that relies on muscle and motion sensors.

"Allowing machines to interpret nonverbal commands such as gestures can help make interactions more similar to interactions with another person," reads the paper. "Yet to be pervasive and effective in realistic scenarios, such interfaces should not require significant sensing infrastructure or per-user setup time."

The bracelet-like device picks up motion through electrical signals and can differentiate between a clenched fist, hand rotation, or forearm movement.

According to experiments, the drone was adept at reading desired inputs, correctly identifying and responding to 81 percent of 1,535 "unstructured gestures."