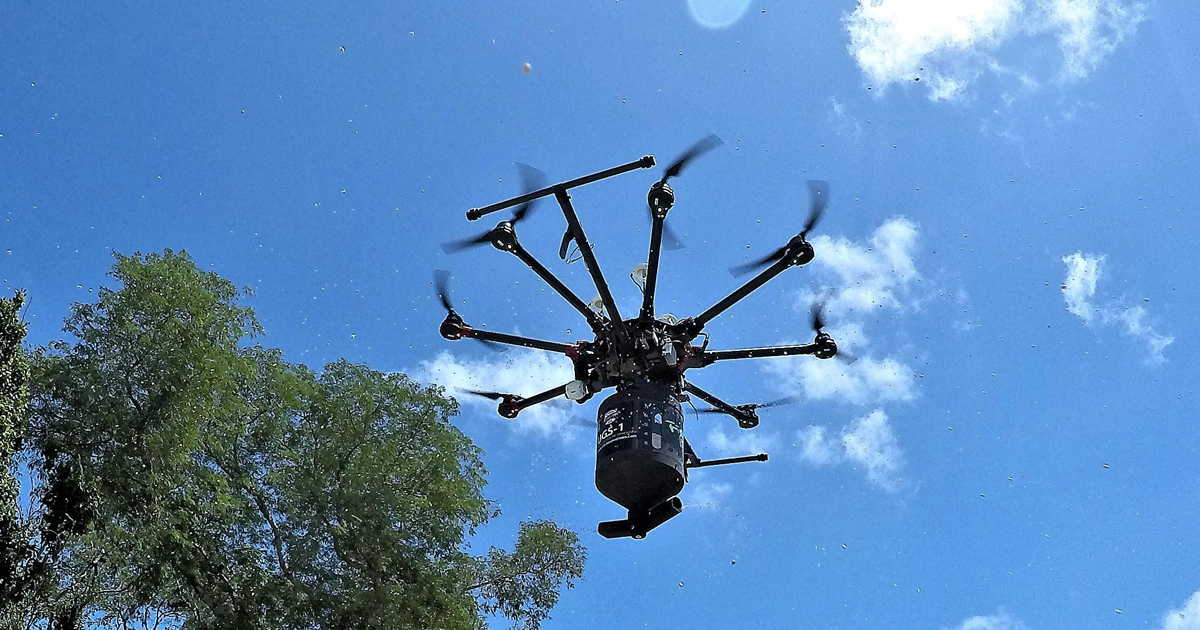 One drone can carry enough poison to cover up to two acres.

One drone can carry enough poison to cover up to two acres.

Officials in South Florida are excited to announce they'll be engaging in drone warfare.

The Florida Keys Mosquito Control District is going to spend the summer using drones to spread larvicide over the salt marshes that annoying and potentially infectious mosquitoes use as breeding grounds, according to WJCT — a high-tech attempt to keep the pests' population in check, and one that stands to save the state a great deal of money, officials say.

The mosquito control organization already uses drones to search for remote pools of standing water, WJCT reports. Now the drones will be able to carry seven or eight pounds of larvicide — enough to spray up to two acres — so that they can treat these remote pools themselves, a task usually assigned to expensive helicopters.

"It's only treating very small areas," Florida Keys Mosquito Control District executive director Andrea Leal told WJCT. "We want to make sure that we're precise with this. It's really starting out, seeing exactly what this can do for us."

READ MORE: The Drones Are Coming! Keys Add A New Weapon In War Against Mosquitoes [WJCT]