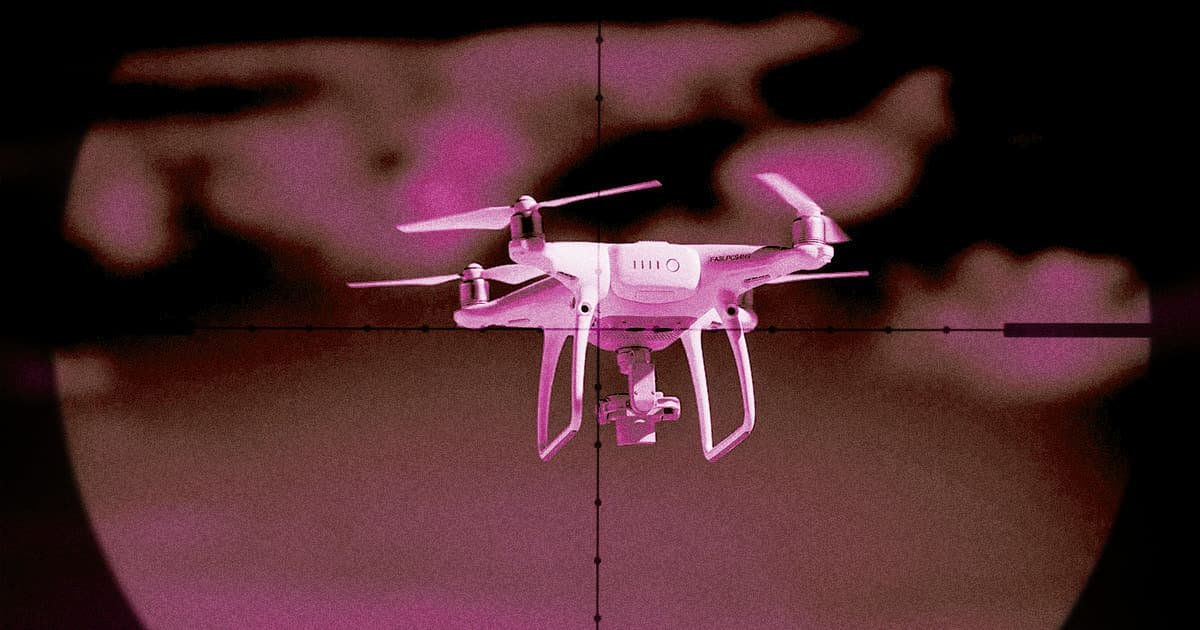 Florida Man Shoots Down Police Drone Because It Was "Harassing" Him

Not everybody is happy with law enforcement's use of surveillance drones.

50-year-old Wendell Goney from Mount Dora, Florida, took matters into his own hands and decided to shoot down a police drone, the property of the local Lake County Sherriff's Office, the Orlando Sentinel reports.

The reason? He "thought it was trying to harass him," according to his arrest affidavit, as quoted by the Sentinel.

Local law enforcement says Goney shot the drone with his .22 caliber rifle twice before going back inside his home. The bullets caused it to fall out of the air and catch fire after colliding with a nearby structure.

The local sheriff's department deployed the drone while investigating a burglary nearby.

Goney has a history of run-ins with the police. He was convicted of aggravated assault of a law enforcement officer back in 2013, according to the Sentinel.

After shooting down the drone, he is now facing a number of new charges, including possession of a firearm by a convicted felon and criminal mischief.

So let that be a lesson to you. If you have a standing criminal track record, it may not be the best idea to shoot police property out of the sky.