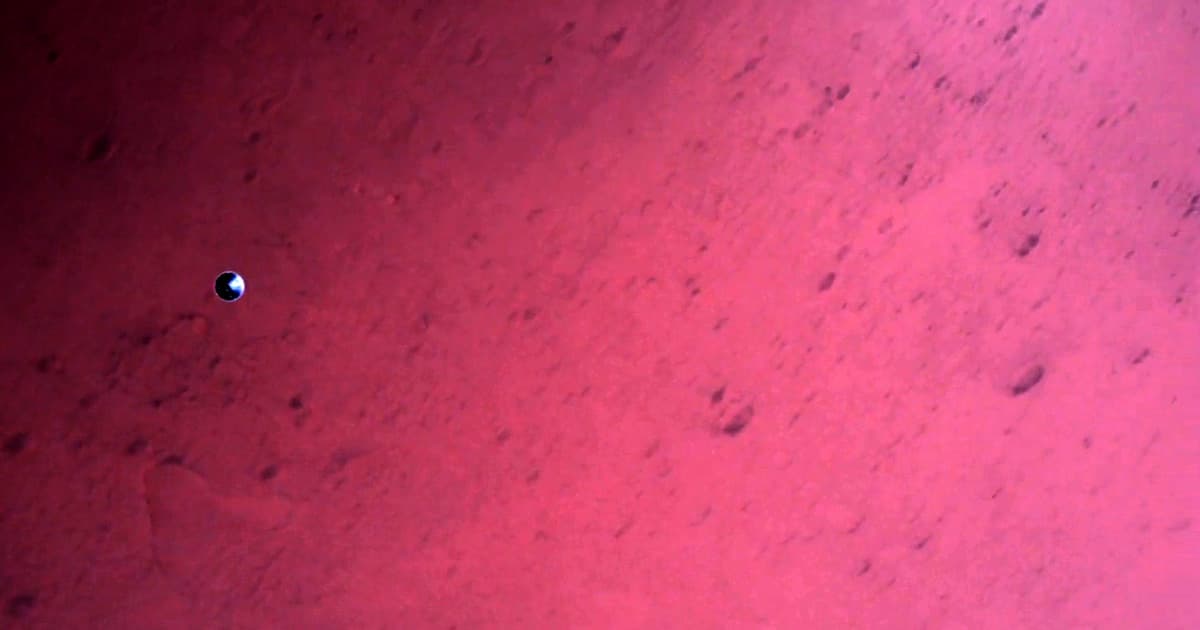 "You’re looking at the real deal images I used to make my pinpoint landing."

"You’re looking at the real deal images I used to make my pinpoint landing."

NASA has released an incredible video, stitched together from shots its Perseverance rover took right before landing on Mars on February 18th.

The video kicks off with the heat shield being blown off, revealing the camera below. The rover then plummets towards the surface at breakneck speeds, occasionally dipping left and right before touching down.

You’re looking at the real deal images I used to make my pinpoint landing. This is how I quickly got my bearings and picked the safest target in the last three minutes before touchdown. How it works: https://t.co/Q1dBl8ZH8x pic.twitter.com/HK6uuKbLcQ

The video demonstrates Perseverance's "Terrain-Relative Navigation" system, a sophisticated landing technique that allowed the rover to pick the perfect landing site by first taking a bunch of photos — as seen in the video — and comparing them to existing orbital maps of the surface below in order to make any diversions if necessary.

The same system also helped the rover determine where it was relative to the ground, with an accuracy of just 130 feet.

During Perseverance's descent, engineers were also able to take valuable data from the heat shield's performance, making sure that future rovers will survive their "seven minutes of hell" as they descend through the Martian atmosphere.

Martian Oases
Scientist Proposes Growing a Forest Inside a Bubble on Mars
4:42 PM
Read More
Putting Things In Perspective
Amazing Artemis Photo Shows Every Human, Alive or Dead, Plus the Moon
Tuesday
Read More
Fighting Words
Retired NASA Astronaut Scott Kelly Dishes on Ukraine, Russia, and Moon Mission
Nov 21
Read More
+Social+Newsletter
TopicsAbout UsContact Us
Copyright ©, Camden Media Inc All Rights Reserved. See our User Agreement, Privacy Policy and Data Use Policy. The material on this site may not be reproduced, distributed, transmitted, cached or otherwise used, except with prior written permission of Futurism. Articles may contain affiliate links which enable us to share in the revenue of any purchases made.
Fonts by Typekit and Monotype.