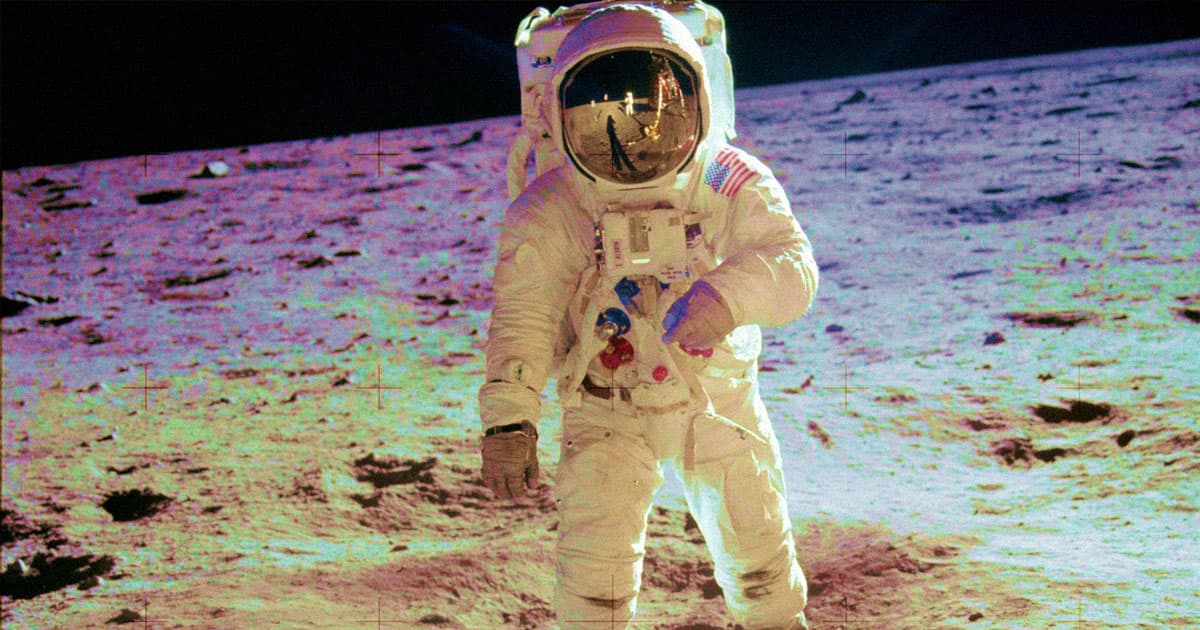 Someone Just Paid $1.8 Million for Videos of the First Moon Walk

In 1969, more than half a billion people across the globe watched on their television sets as Neil Armstrong took humanity's first steps on the Moon. They were seeing something no one had ever seen before — but by today's standards, the quality was poor.

Every time the feed bounced to a new microwave tower, both the audio and video lost some of their original crispness. But now, one person has the opportunity to watch the best surviving videos of the first Moon walk whenever they want — because they just paid more than $1.8 million for the tapes.

In 1976, NASA intern Gary George bought hundreds of NASA tapes for $217.77 at a government surplus auction. In 2008, he discovered that three of the tapes were recordings of the entire Moon walk — a full 2 hours and 24 minutes of footage.

These tapes have been watched just three times since 1976 and are "the earliest, sharpest, and most accurate surviving video images of man’s first steps on the Moon," according to the auction house Sotheby’s, which auctioned off the original tapes on Saturday.

That's when an anonymous buyer scooped up the videos for $1.82 million — more than 8,000 times the price George paid for them more than four decades prior.

"Fifty years ago, we achieved the world’s greatest human accomplishment," Sotheby's Cassandra Hatton said in a press release. "Today, space exploration continues to capture the hearts and imagination of people around the world. This universal fascination was reflected in today’s stellar sale."

More on the Moon walk: Three Reasons Why We Might Return to the Moon