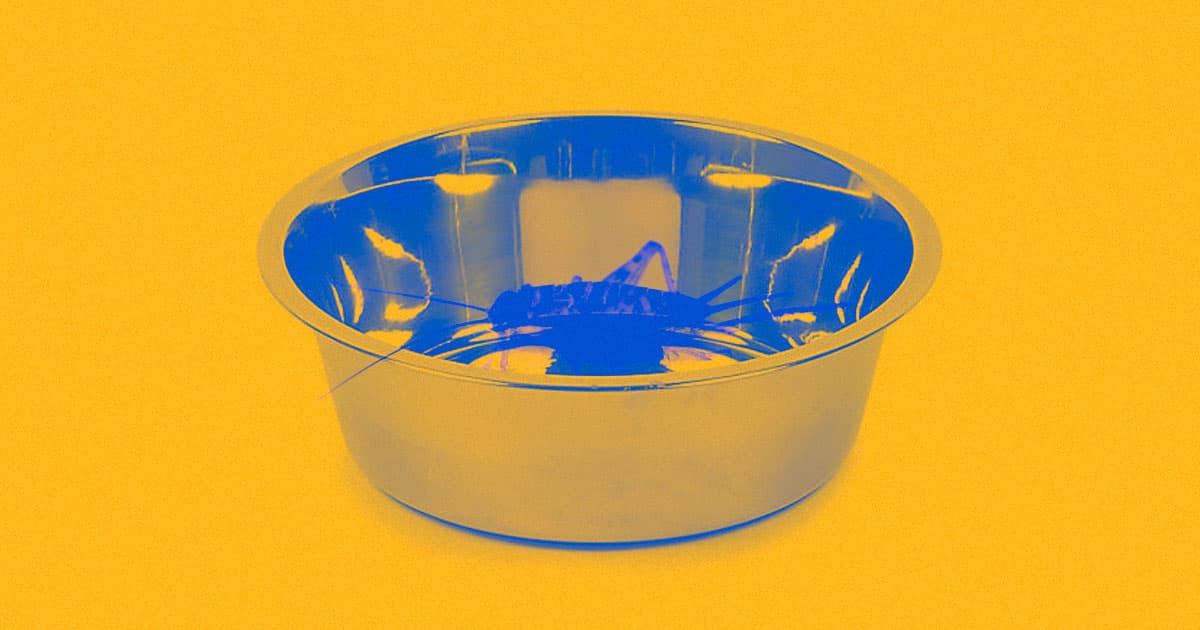 Scientists Say You Should Feed Insects to Your Dog or Cat

Pet owners could soon trade in chicken and beef cat and dog foods for ones made from insects — a move that experts say could benefit both the environment and humanity.

"There’s a really exciting future for the use of insect protein for companion animals," Simon Doherty, president of the British Veterinary Association, told BBC News. "It’s a fantastic opportunity — looking at insects to provide alternative sources of some of the nutrient ingredients we use in pet food diets."

Insect farming is arguably much less of a burden on the environment than raising cattle or chickens.

In fact, Dutch firm Protix, which runs the world’s largest insect farm, estimates that producing one kilogram of insect-based food requires just 2 percent of the land and 4 percent of the water needed to produce the same amount of beef.

Other environmental benefits: insects can feed on human food waste, produce very low emissions, and don't require the use of fertilizer or pesticides.

Additionally, pets currently consume up to 20 percent of all meat globally, the BBC wrote, so by transitioning pets to insect-based foods, we could free up of those meats for human consumption.

"Round the world we are heating up the atmosphere and using up the land, but we have also to feed a growing population in need of protein," Protix founder Kees Aarts told the BBC. "We have to do something differently  and insects are part of the solution."

Brands We Love
This Smart GPS Dog Collar Could Prevent Your Pooch from Becoming a Statistic
3. 1. 21
Read More
Balloon Pop
Footage Shows Chinese Balloon Being Shot Down
Yesterday
Read More
Bird Crap
It Looks Like Elon Musk Is Actually Building a Twitter Payment Platform
Yesterday
Read More
+Social+Newsletter
TopicsAbout UsContact Us
Copyright ©, Camden Media Inc All Rights Reserved. See our User Agreement, Privacy Policy and Data Use Policy. The material on this site may not be reproduced, distributed, transmitted, cached or otherwise used, except with prior written permission of Futurism. Articles may contain affiliate links which enable us to share in the revenue of any purchases made.
Fonts by Typekit and Monotype.