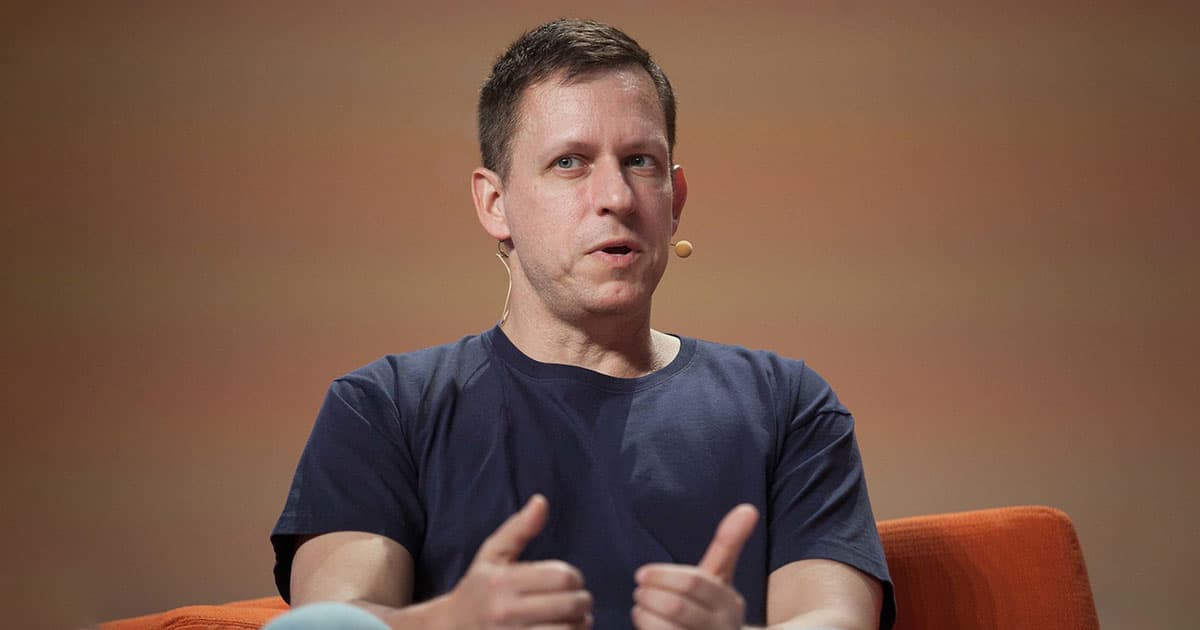 The deepstate's eye of Sauron set its sights on Mithril Capital.

The deepstate's eye of Sauron set its sights on Mithril Capital.

The FBI has turned its all-seeing eye toward Mithril Capital, the venture capital firm co-founded by Silicon Valley tycoon Peter Thiel — an industry kingmaker who's one of the most prominent supporters of the Trump administration in tech.

It's unclear specifically what prompted the FBI to scrutinize the firm's business practices, but Recode reports a host of possibilities ranging from questionable tax strategies to mismanagement of investors' money — a shakeup, in either case, at the explosive intersection of tech and politics.

The FBI isn't alone in its heightened scrutiny of Mithril, which borrows its name from a fictional metal in "Lord of the Rings."

Also probing the company's finances is Cambridge Associates, a prominent investment adviser for the mega-rich that has put millions of dollars into Mithril's coffers, according to Recode. Cambridge is looking into whether the firm has been overly-selective with investments, choosing to sit on investors' cash and collect higher management fees as a result.

While Thiel isn't involved in day-to-day operations at Mithril, his money and reputation are inexorably linked with its performance.

That's relevant because the firm is also dealing with low morale, per Recode, related to the dual investigations into its practices. It reportedly once collected staffers' computers and phones in a bid to determine who'd been talking to the press and investigators — though a spokesperson told Recode that it was merely a "device upgrade."

More on Mithril Capital: The Next Head of the FDA May be a Man Who is Fighting a War Against Aging

Market Madness
Bill Gates Says He's Quite Concerned About the Global Economy
May 10
Read More
Brands We Love
Now Anyone Can Invest in Real Estate Thanks to This Innovative Online Platform
9. 7. 21
Read More
Brands We Love
This Real Estate Platform Lets Investors Save Time and Money Like Never Before
8. 19. 21
Read More
+Social+Newsletter
TopicsAbout UsContact Us
Copyright ©, Camden Media Inc All Rights Reserved. See our User Agreement, Privacy Policy and Data Use Policy. The material on this site may not be reproduced, distributed, transmitted, cached or otherwise used, except with prior written permission of Futurism. Fonts by Typekit and Monotype.