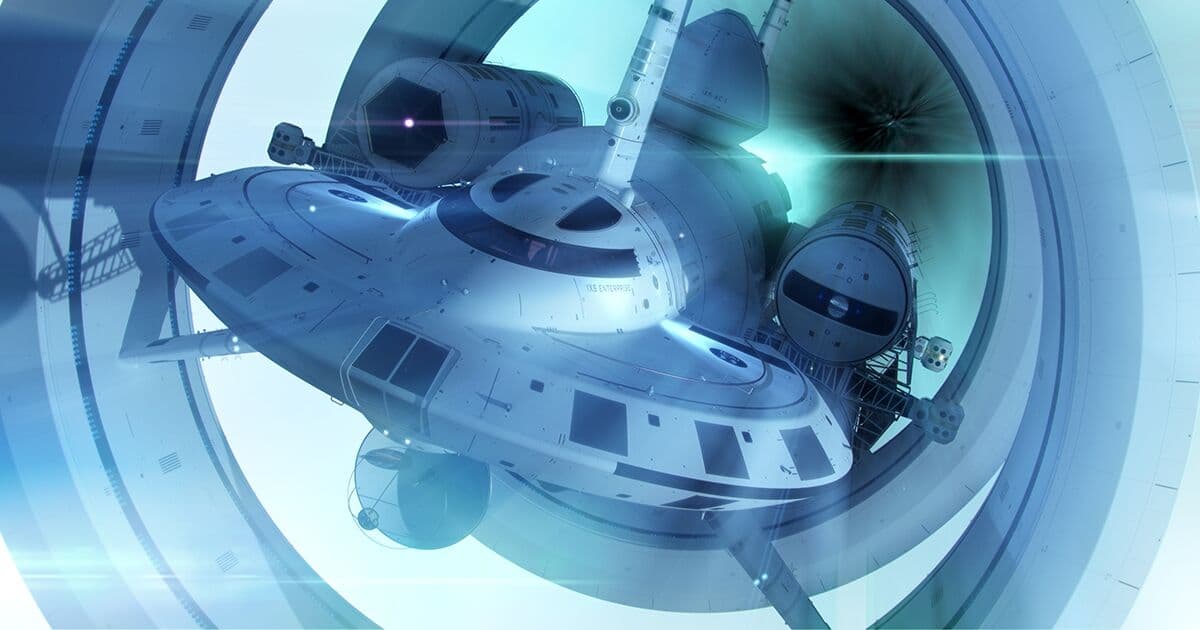 Physicists Have a New Idea for Faster-Than-Light Travel

A "warp bubble" would sidestep the law of general relativity.

A "warp bubble" would sidestep the law of general relativity.

We might have robots and virtual reality, but another sci-fi standby has eluded technological progress: faster-than-light travel.

That impasse might not last forever, though, according to a new story in the New York Times. Though a practical version is still far off, physicists are increasingly optimistic — at least on a theoretical level — about a hypothetical faster-than-light technology they call a "warp bubble."

According to Miguel Alcubierre, the director of the National Autonomous University of Mexico's Nuclear Sciences Institute, a warp bubble would compress space in front of a craft while expanding space behind it. In effect, he told the Times, the bubble would sidestep the law of general relativity, which stipulates that nothing can move faster than the speed of light.

This isn't a new idea — we've covered it before — but physicists have repeatedly revised the estimated amount of energy required. At first, they thought it would require more energy than the entire universe contains. Then they decreased that to the mass of Jupiter, converted to energy. Now, some suspect it would take the energy contained in just a ton or two of mass.

Physicists still urge caution about the idea of a warp bubble. Alcubierre, one of the greatest advocates of the idea, told the Times that even if the bubble were possible, scientists are unlikely to realize it within our lifetimes.

"I would have to say that it is probably impossible," Alcubierre said, "and even if it turns out to be possible, we are probably centuries away from being able to do it."

READ MORE: Where’s Our Warp Drive to the Stars? [The New York Times]

More on faster-than-light travel: Traveling Faster Than Light? Four Phenomena That Put the Cosmic Speed Limit to the Test

Hall Effect
Test Suggests Ion Thrusters Could Power Crewed Interplanetary Missions
Jan 29
Read More
Shoo
Scientists Warn Giant Asteroid Is Actually Swarm, Nearly Impossible to Destroy
Jan 24
Read More
What Does It All Mean?
The Second Alien Probe We Detect May Be Particularly Bizarre, Scientist Says
Jan 14
Read More
+Social+Newsletter
TopicsAbout UsContact Us
Copyright ©, Camden Media Inc All Rights Reserved. See our User Agreement, Privacy Policy and Data Use Policy. The material on this site may not be reproduced, distributed, transmitted, cached or otherwise used, except with prior written permission of Futurism. Articles may contain affiliate links which enable us to share in the revenue of any purchases made.
Fonts by Typekit and Monotype.